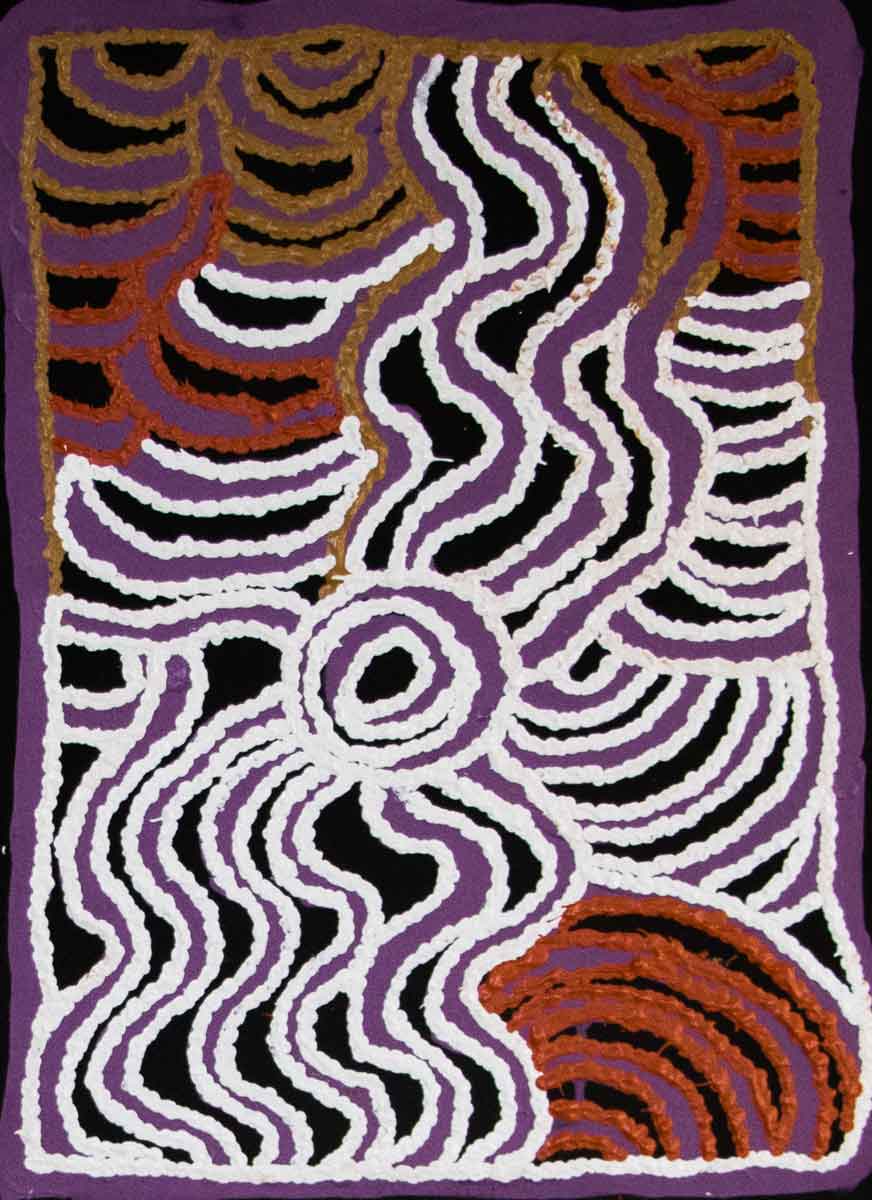 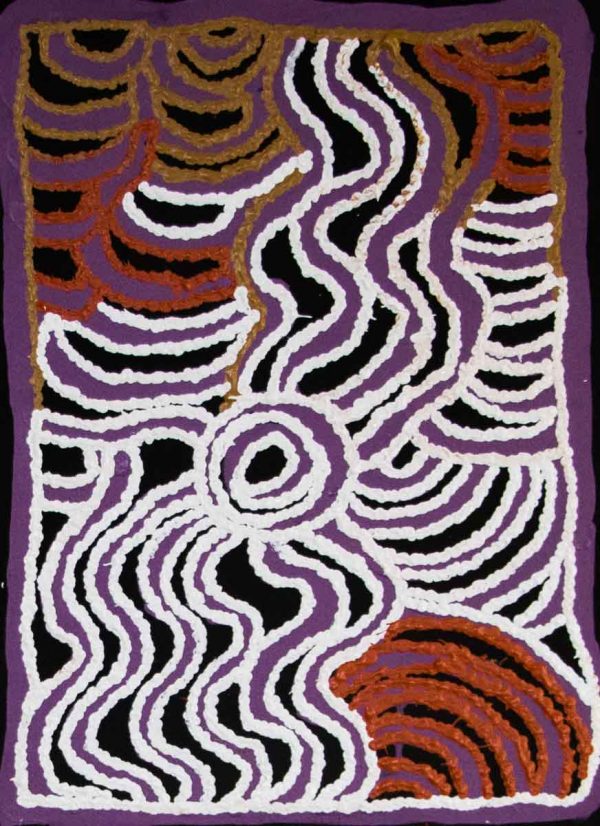 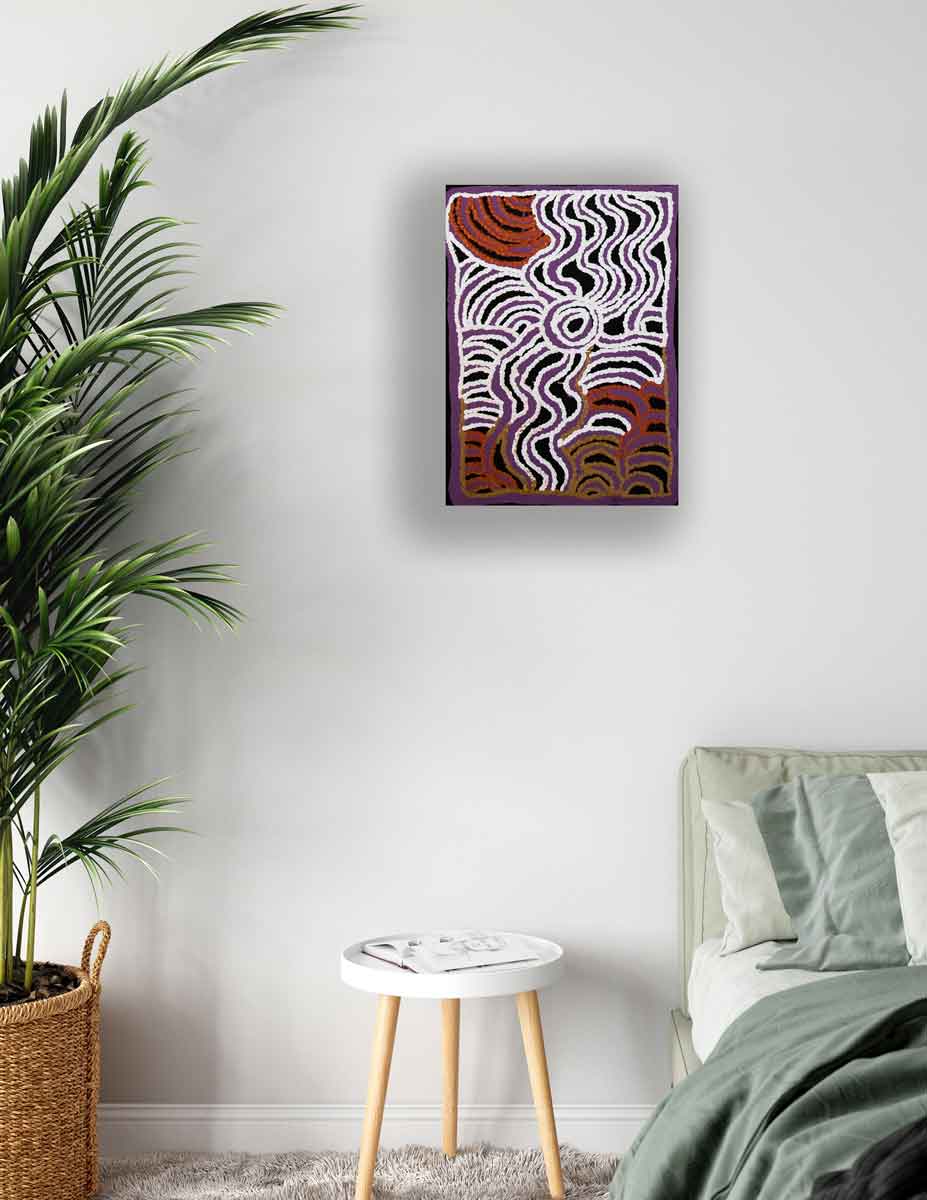 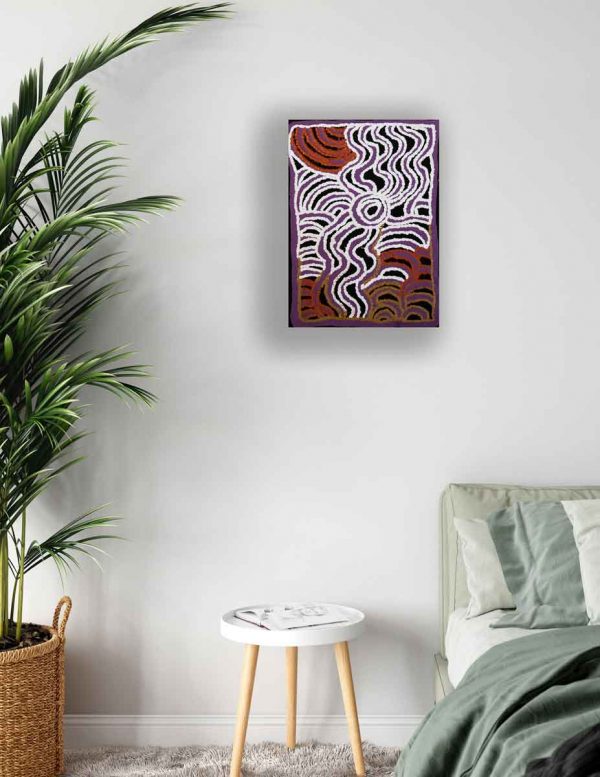 Two women are at the Tjarlirli rockhole near Tjukurla. They are cooking up the bush tucker they have collected and have been digging for water. Their campsite is depicted with the wiltchya (shelter) and the fire. The nimpara (skirt worn by women in the early days spun from human hair and conditioned with animal fat ond ochres) is depicted as are the sandhills that dominate the landscape. This is Tjawina’s country, where her mother and grandmother lived a traditional nomadic life. The painting is based on the designs used in women’s ceremonies in the region, and have been passed down from generation to generation.