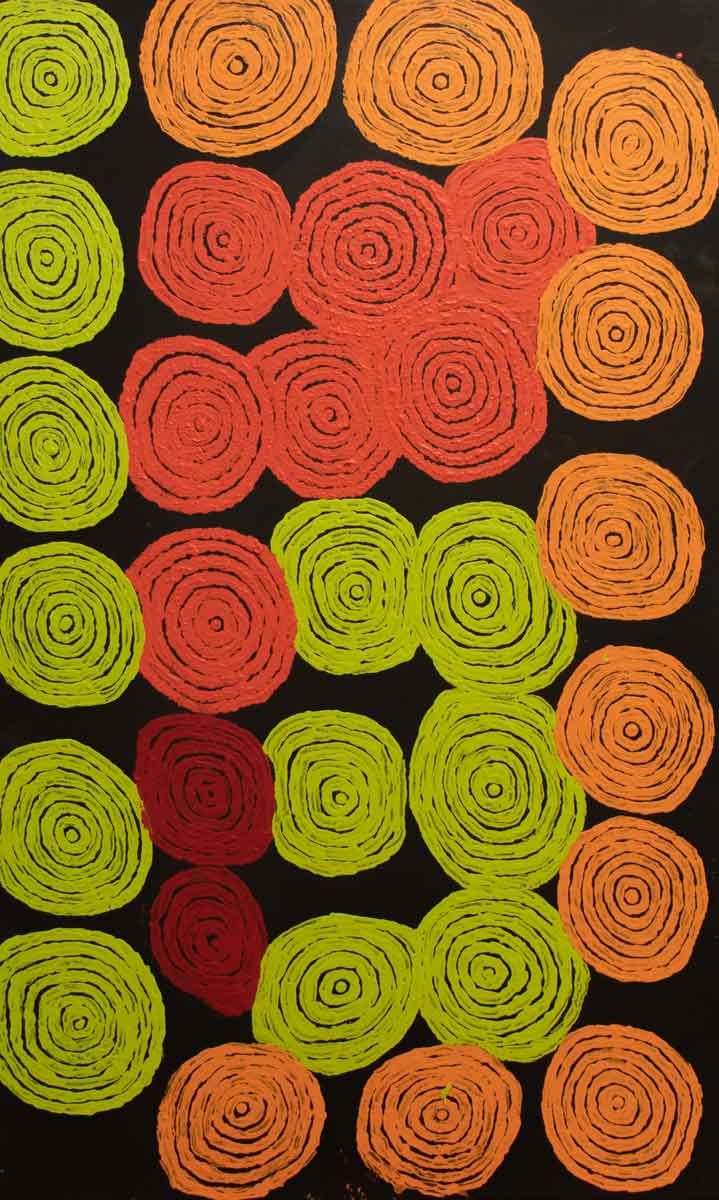 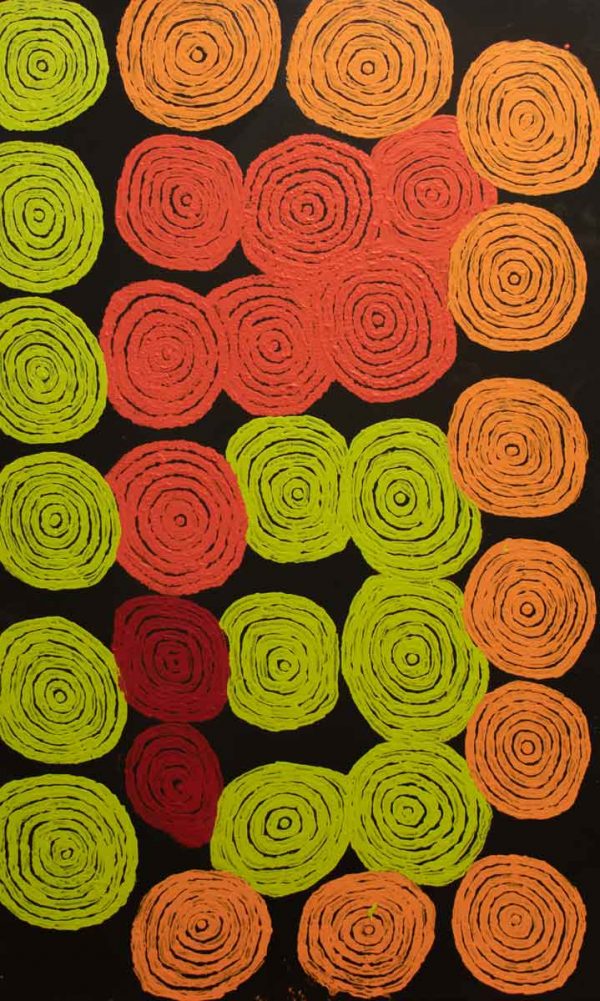 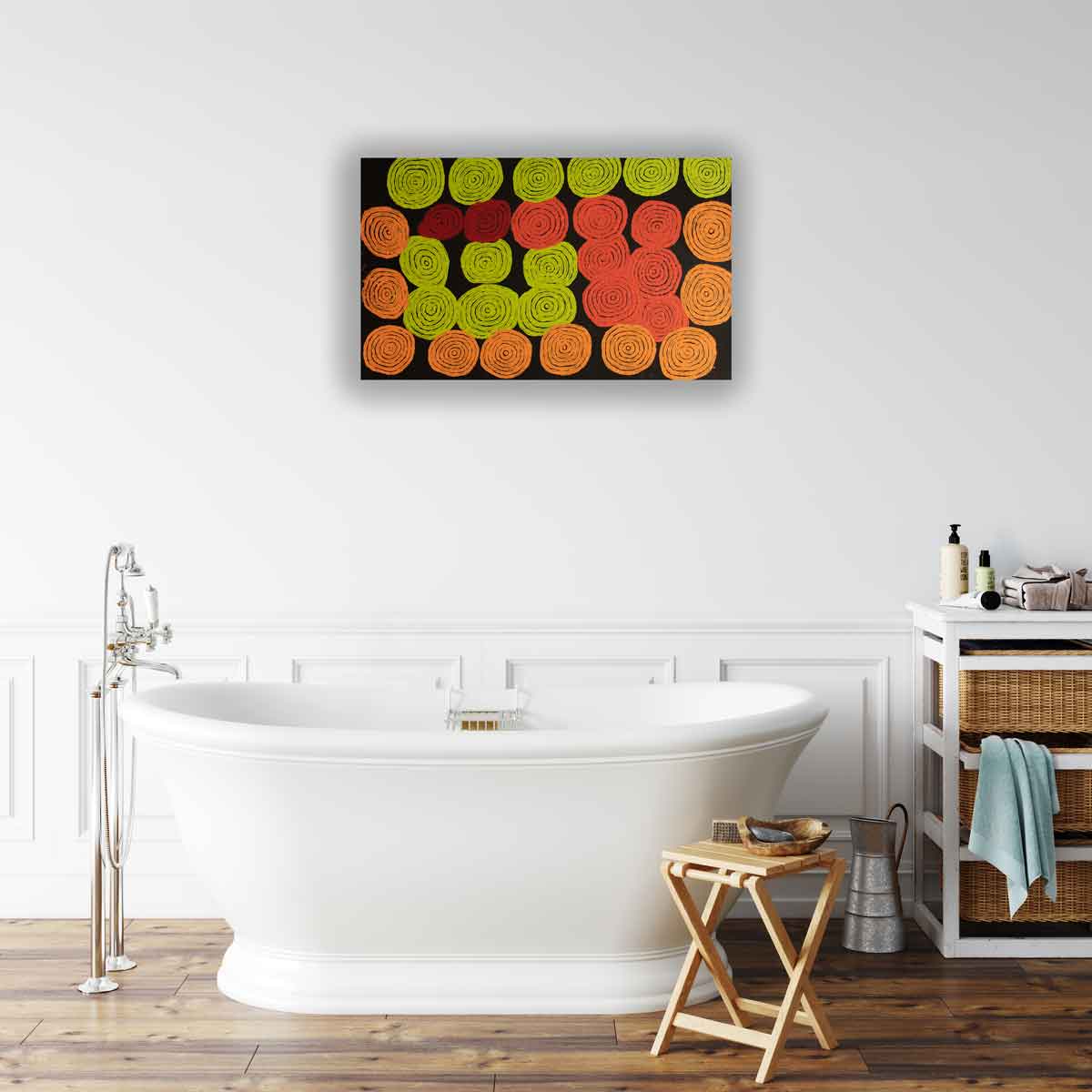 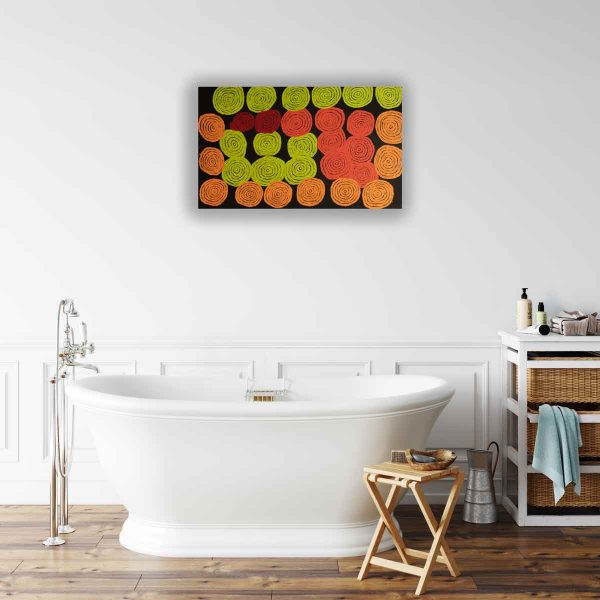 This artwork represents tjala tjukurpa (honey ant dreaming). Tjala tjukurpa is a far-reaching story that traverses country in a loop, beginning and ending in South Australia.

From South Australia, the honey ant travels north to Kunapula outstation, near Kaltukatjara (Docker River). Kunapula is Ronnie Allen’s family’s country and the place where he spent his youth. He had many relatives there. Because tjala tjukurpa passes through his country, Ronnie has become a custodian of this important story.

The honey ant, whose name is Putarti, travels from Kunapula to Walka, where there is a honey ant cave and plenty of malu (kangaroos). Putarti then travels under the ground northeast to Papunya, where the story intersects with Pintupi and Arrernte language groups. Ronnie explains, “The honey ant is very smart. He went underground. But there was no rain, so there was no soil in the ground. You can still see him in the big rock at Papunya.”

From Papunya, the honey ant returns south once more, where the story passes into the custodianship of “another mob” in South Australia. “It is their story now,” says Ronnie.