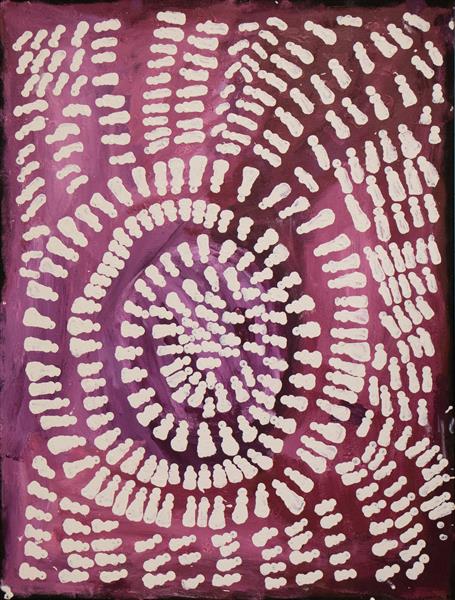 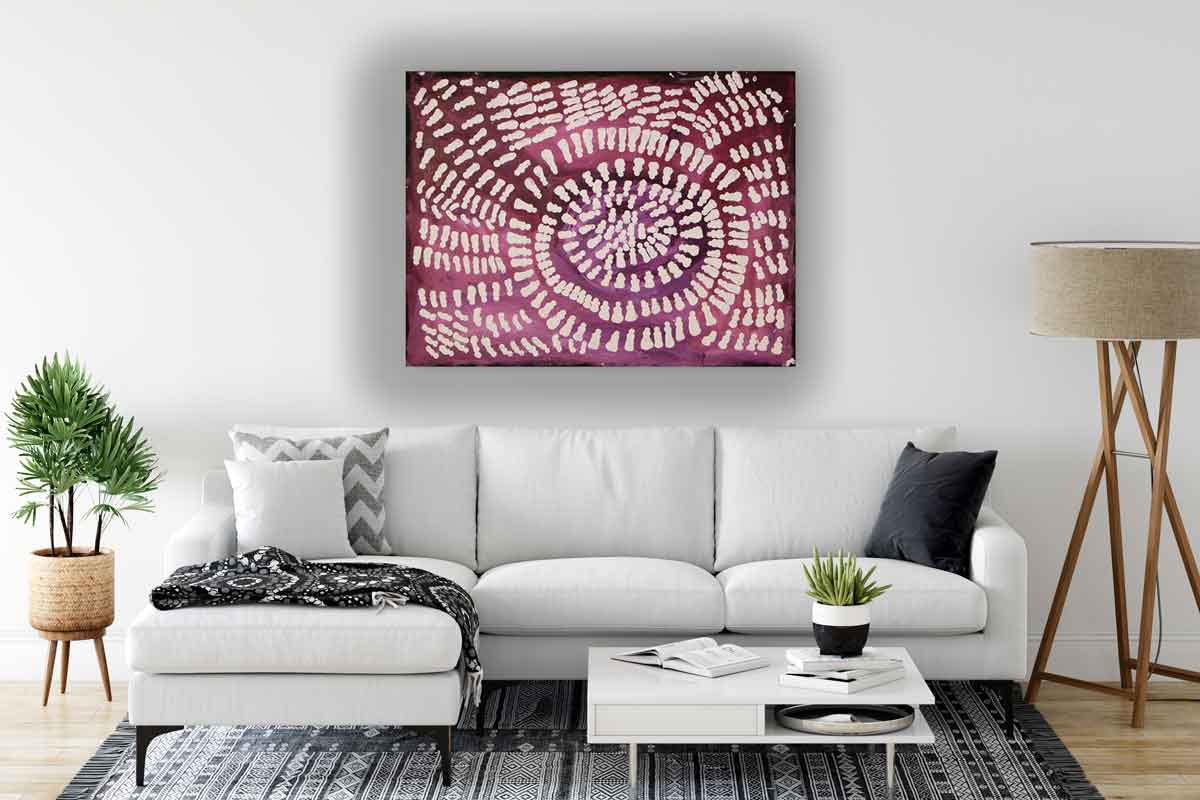 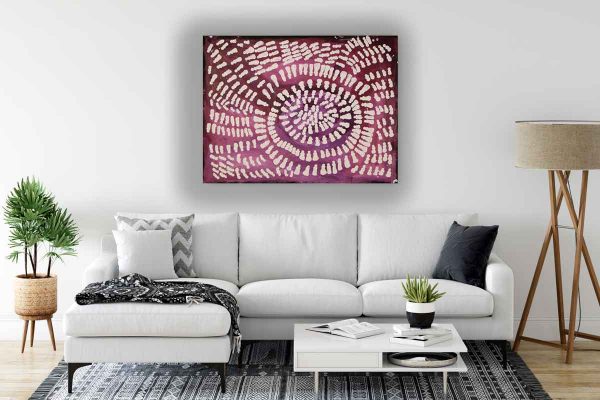 ‘Tingari Tjukurpa’, tells of the coming together of western desert tribes from south of the Petermann Ranges north to the Papunya lands and west to just north of Tjukurla. In Ronnie’s series of works he depicts a Tingari man coming across the Kunga Kutjara (two ladies). They are travelling alone, no men are with them. Tingari picks up and carries the women to Papunya where there is a large mob of men. The men and women come together, walking and dancing their way to find the Tingari lake. Many people from east between Docker River and Uluru journey to meet at the lake.