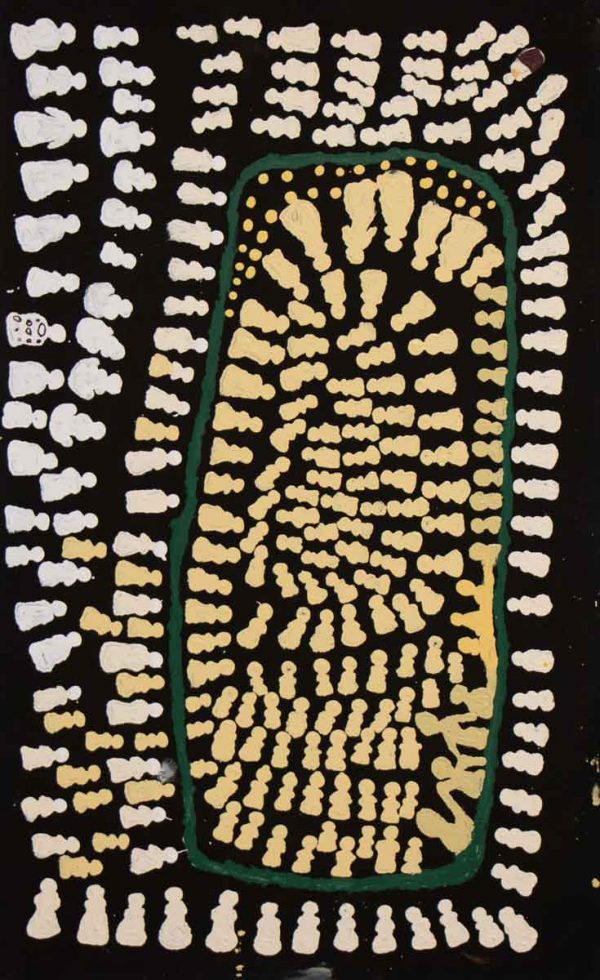 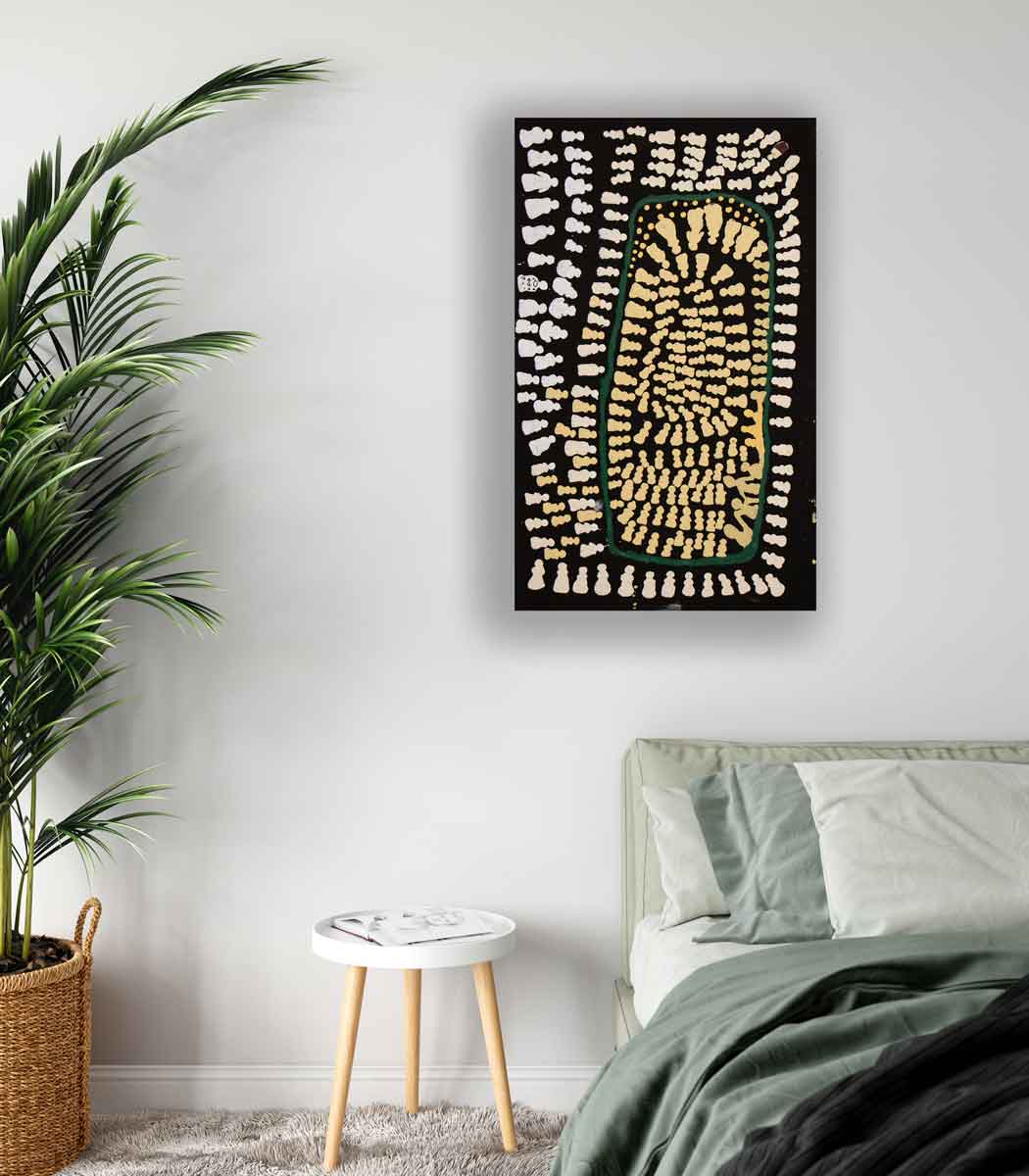 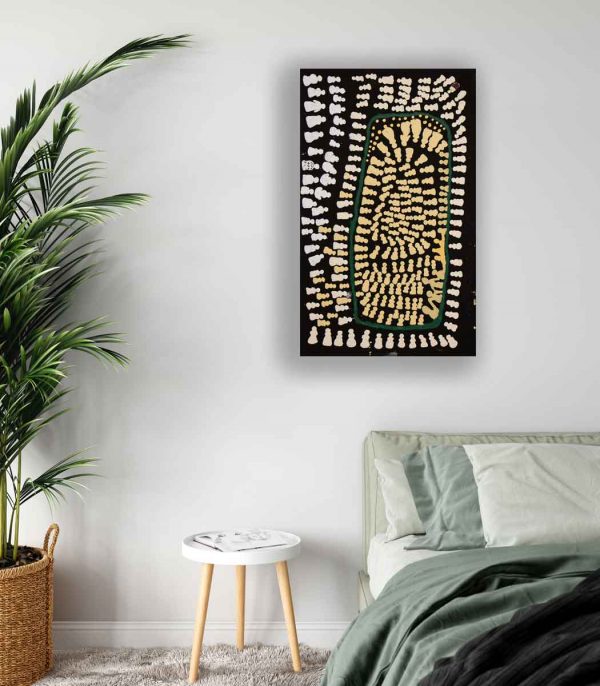 Ronnie, a former pastor, paints stories of people and the travelling on country that they take. Depicted in various forms, these people can sometimes be members of community experiencing spiritual enlightenment.