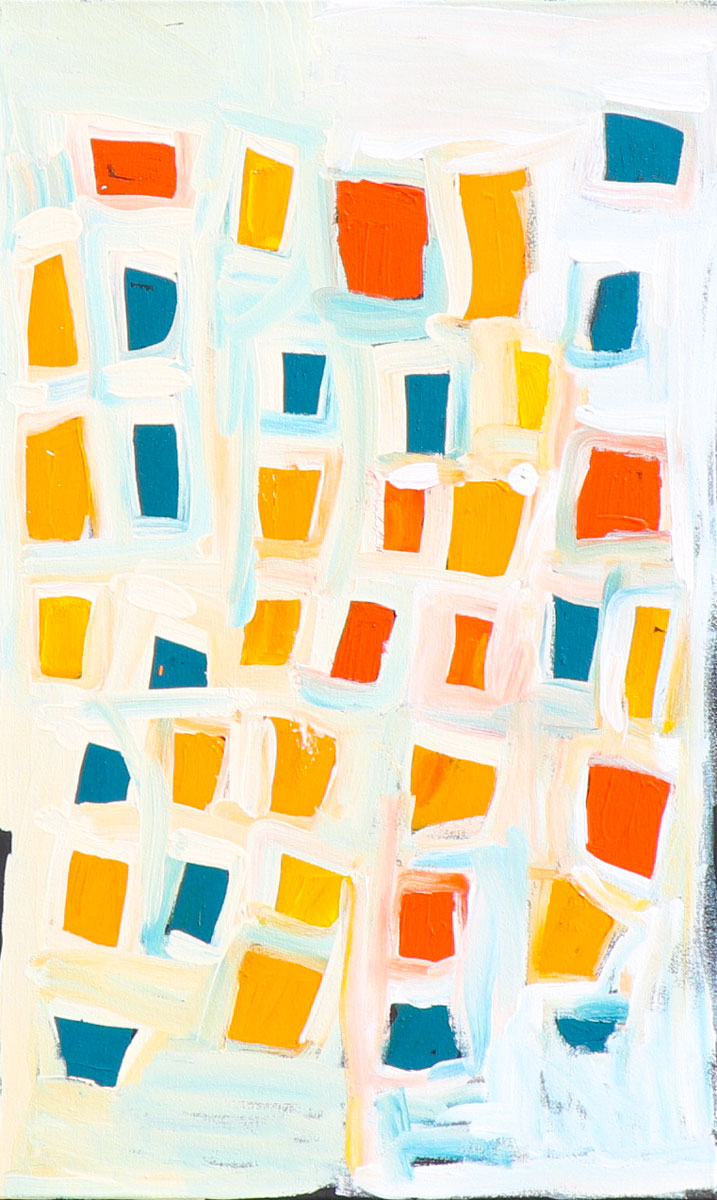 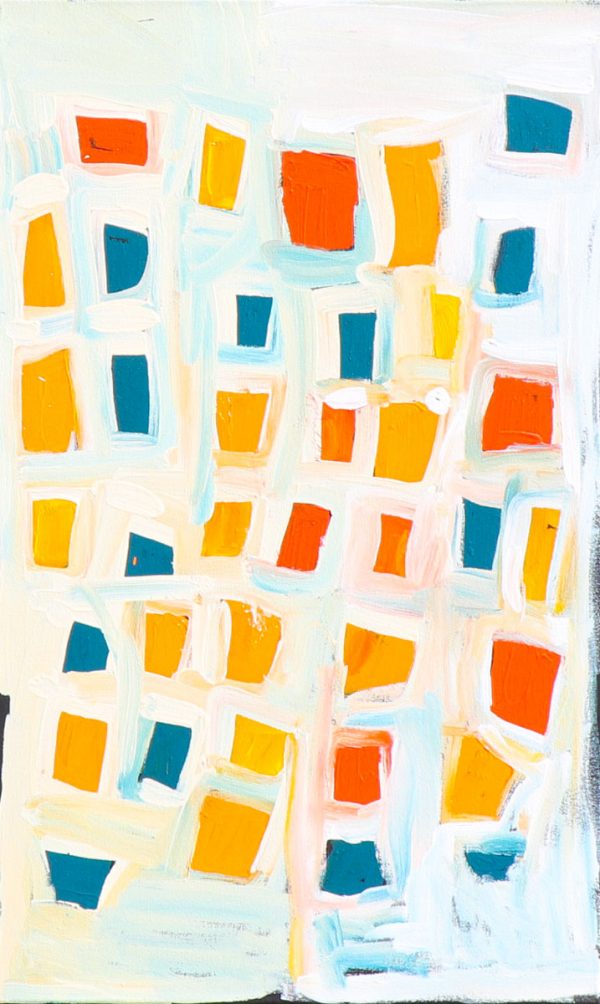 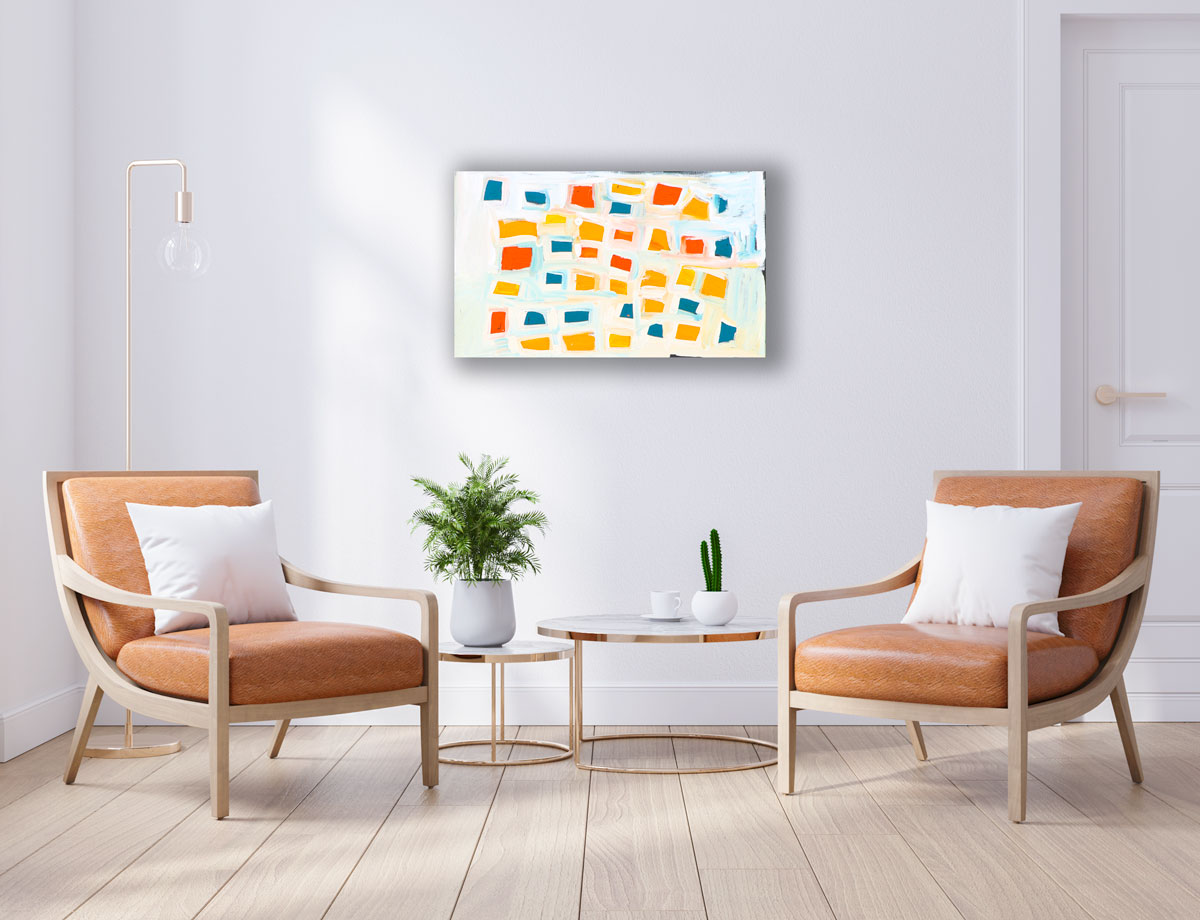 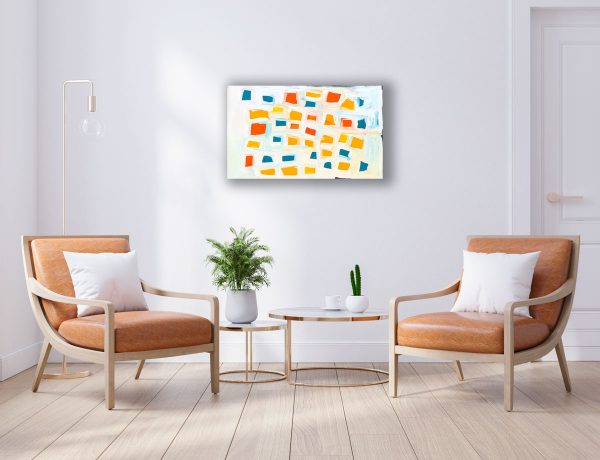 Bob Gibson Tjungarrayi was born at Papunya in 1974, before moving with his family to Tjukurla during the Papunya Tula movement of the 1980s, where many Ngaanyatjarra  people moved to be closer to their ancestral homelands. Bob’s mother Mary Gibson, also a leading Tjarlirli artist, is from the country of Kulkurta, while his father’s country was near Patjarr.

Bob is distinguished by the freedom of his composition and his stylistic application of colour, which happens at a frenetic and decisive pace. He carves up the canvas, creating wild shapes in an evocative and highly contemporary reinterpretation of country.

Bob enjoys telling the stories from his father’s country around Patjarr and his mother’s country Kulkurta. This work is about two snakes and two men who travelled north to Karrkurinkitja. As the party travelled, some strangers came up behind them and the snakes fled. Then Kurningka (boss of the Tingari men) went looking. The clouds were coming towards them. The snakes were travelling fast and the water was rising, and the lady snake went in the ant’s hole but the other snake was left outside. Kurningka was saying, ‘water is coming closer’ but the other snake was too big for the hole. The Kurningka cut the snake and a lot of fat came out.