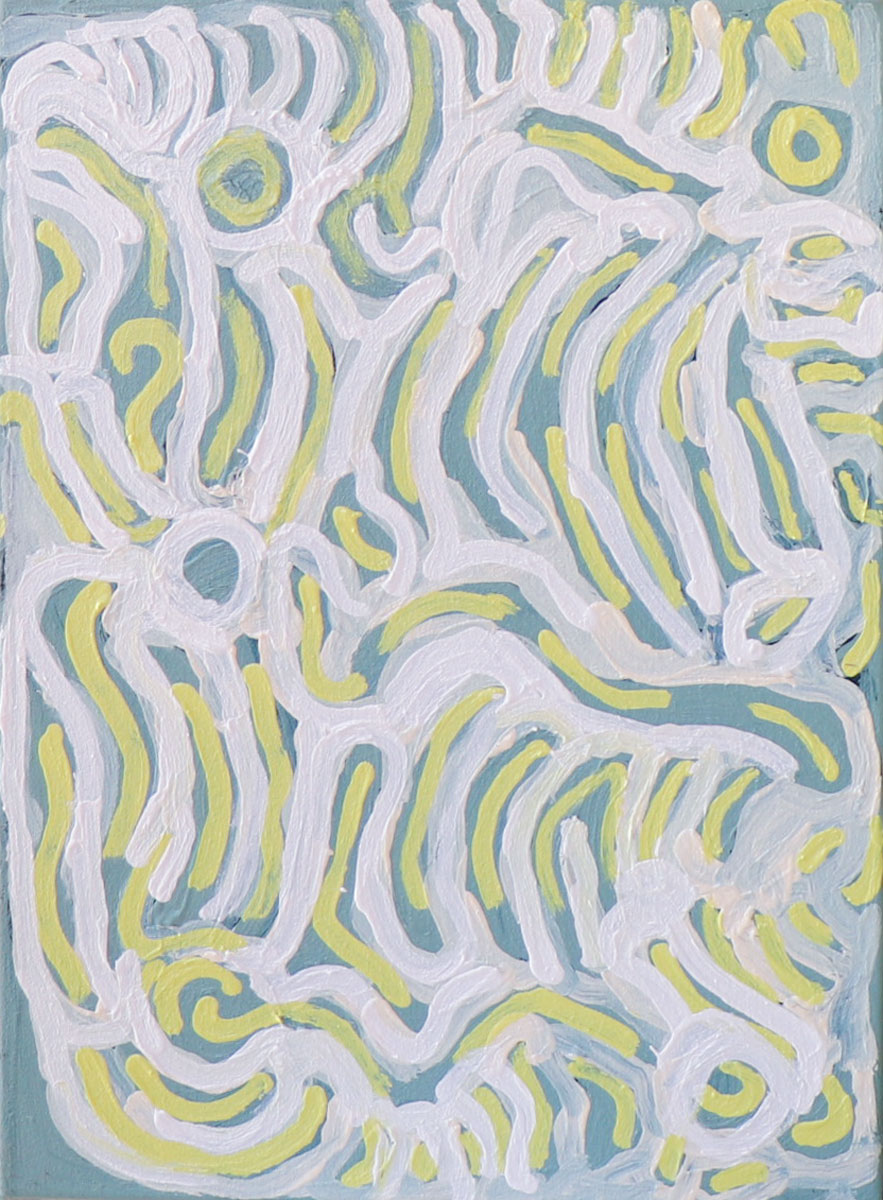 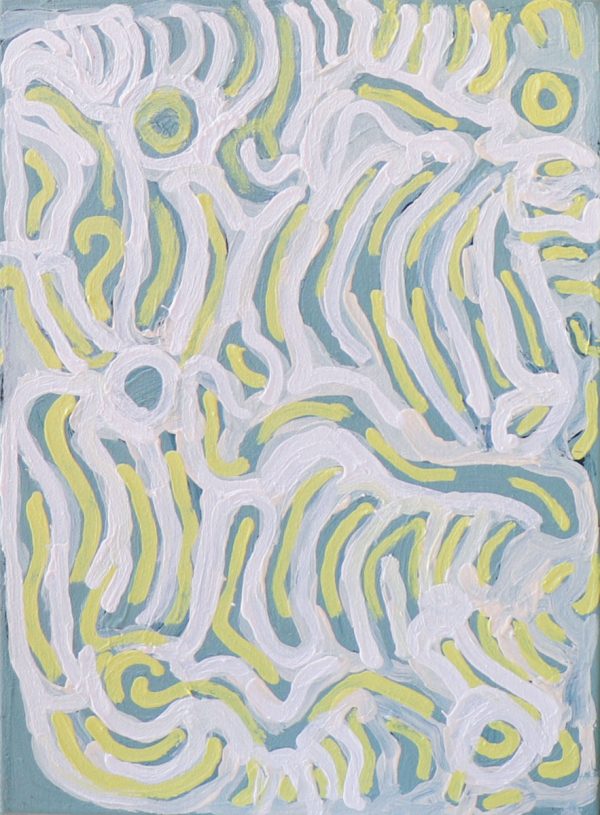 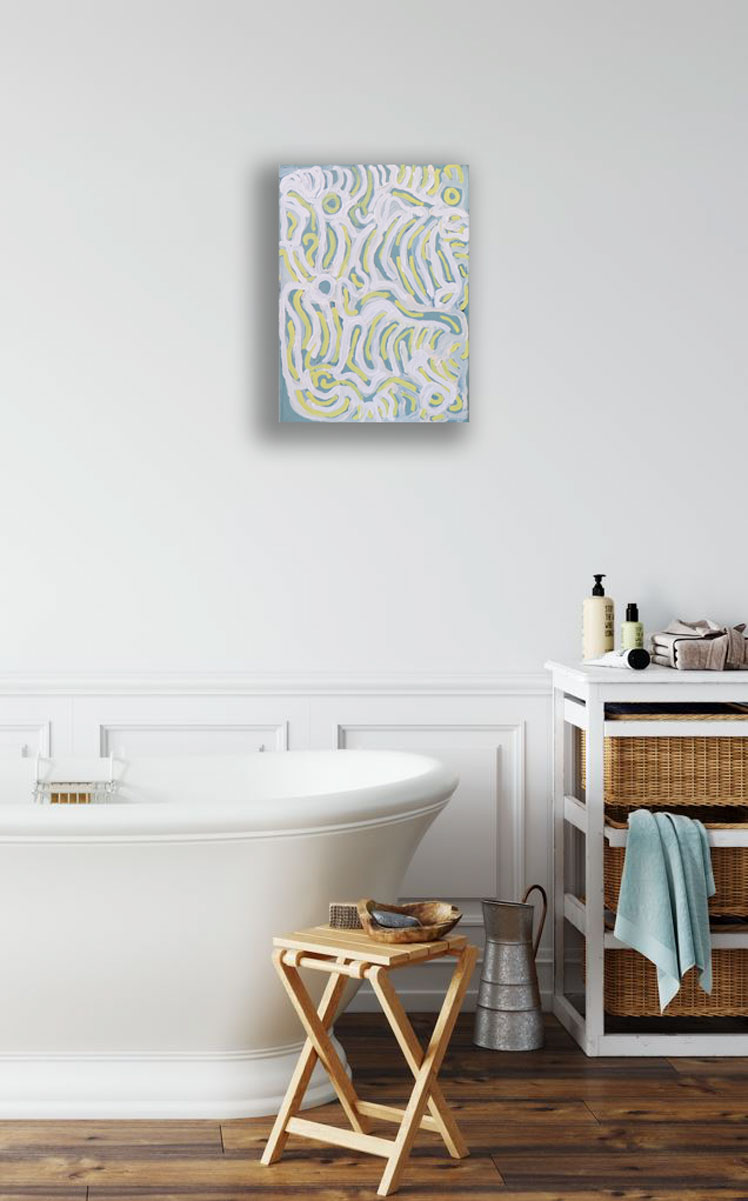 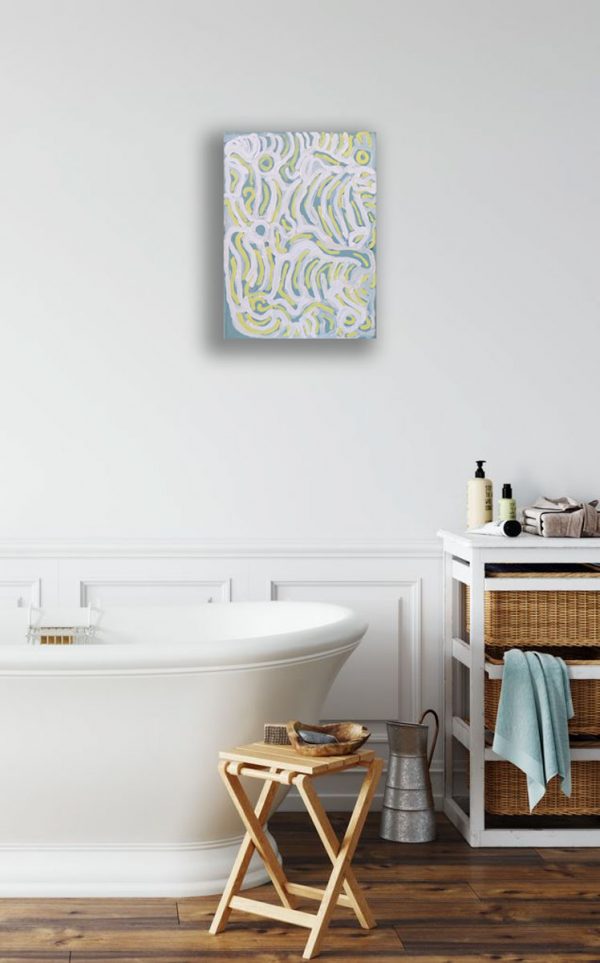 Pantjiti Mckenzie is a senior Pitjantjatjara woman of Kaltukatjara. She is a Ngangkari – a traditional healer – a powerful hunter, and a strong punu carver.She was born near Blackstone out bush. In her early years Pantjiti went with her Mother to find her family at Ernabella. After her Mother passed away she travelled to Areyonga and then to Kaltukatjara (Docker River). She was recognised nationally and awarded an Order of Australia Medal in 2019 for her “service to the Indigenous community of the Northern Territory”. She started painting regularly at the art centre in recent years, using this new medium to convey her incredible body of cultural and spiritual knowledge. Her works depict the water sources around Docker River community.

Pantjiti is one of the most important lore women and Ngankari (traditional healers) in the region. Her painting reflects her deep knowledge of place and culture. She paints this experience of Country and Inma (ceremony) depicting Kapi Tjukurla (rockholes), Karu (creeks), Tali (sandhills) and women’s ceremonial patterns.