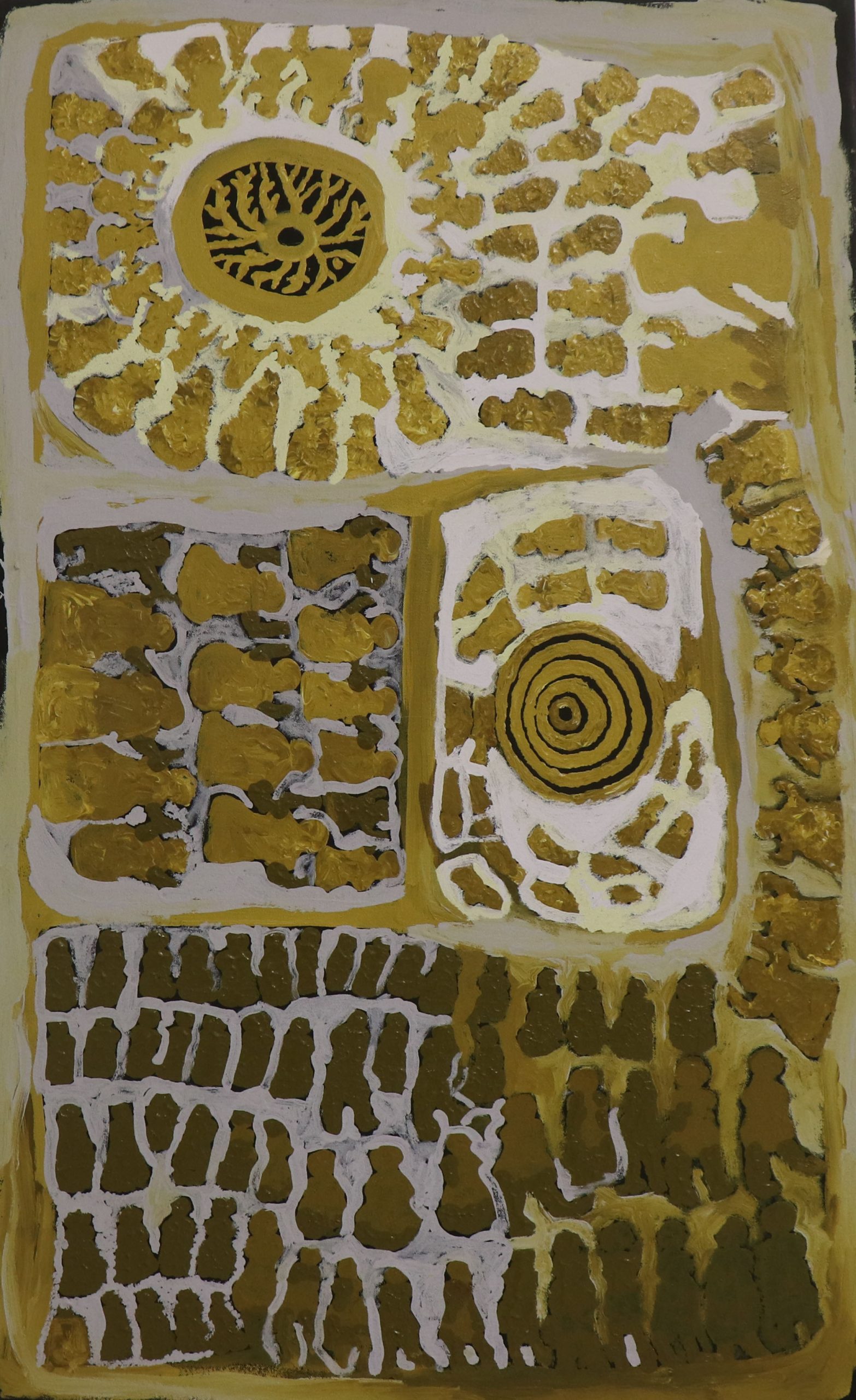 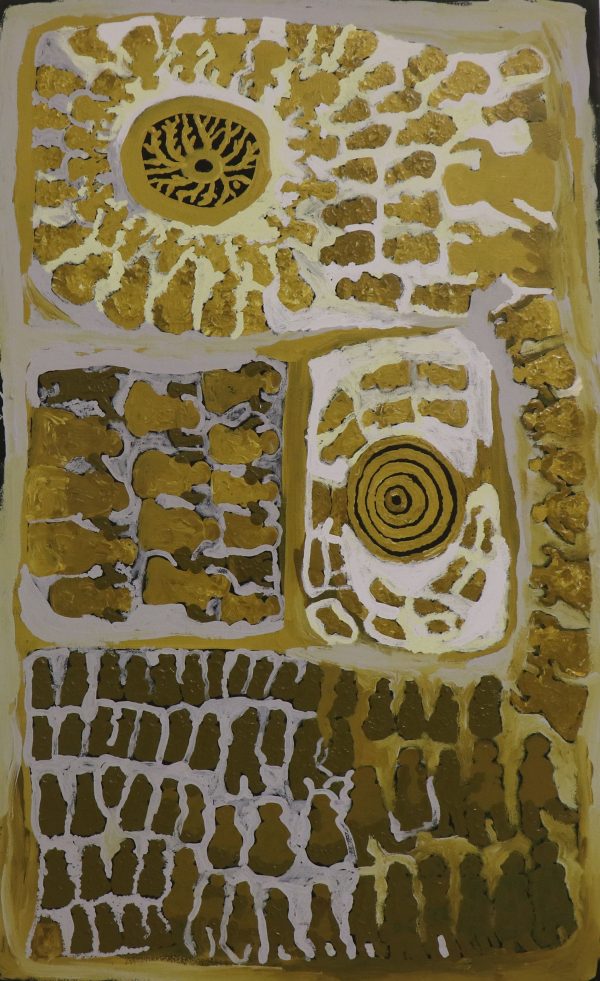 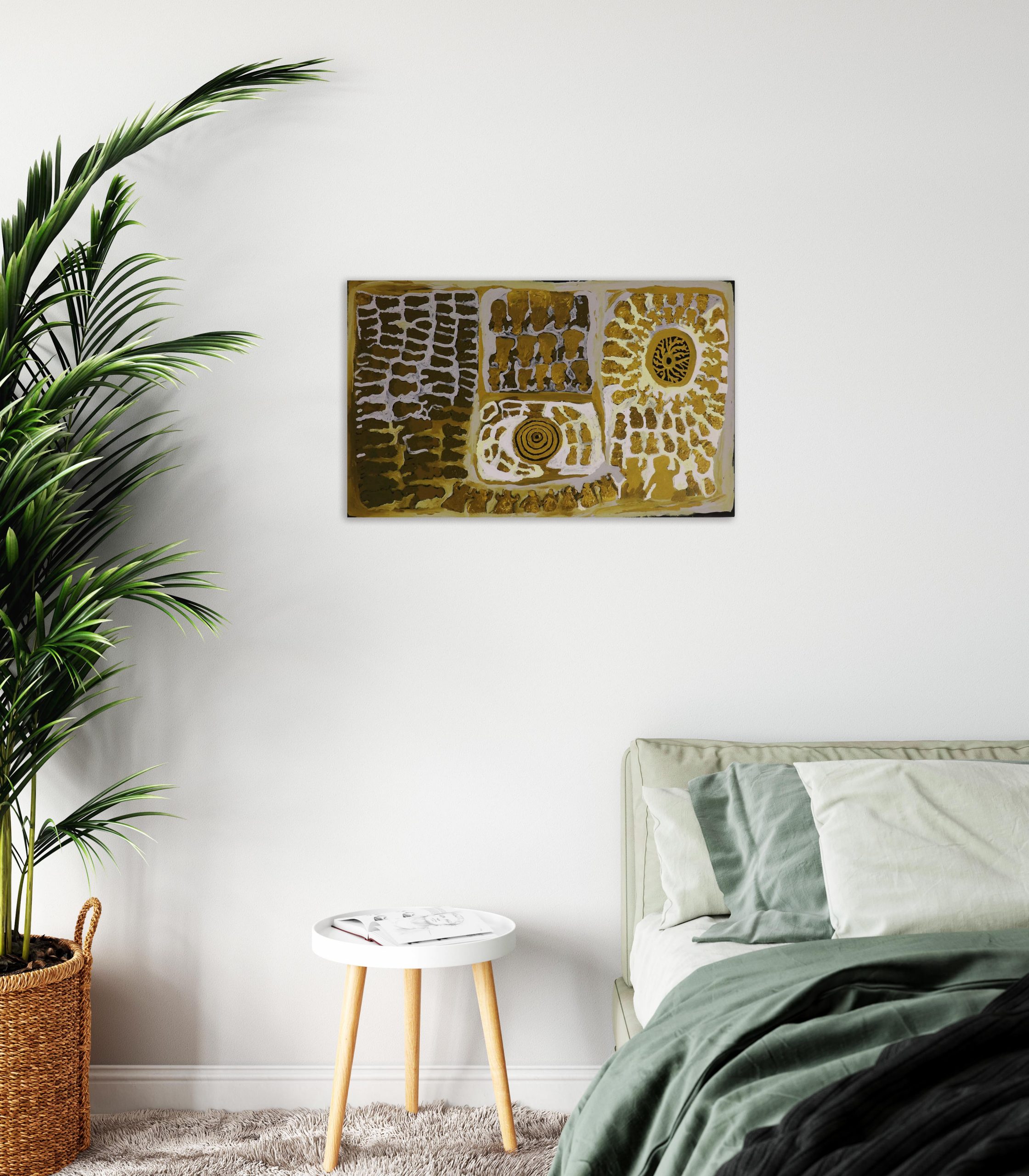 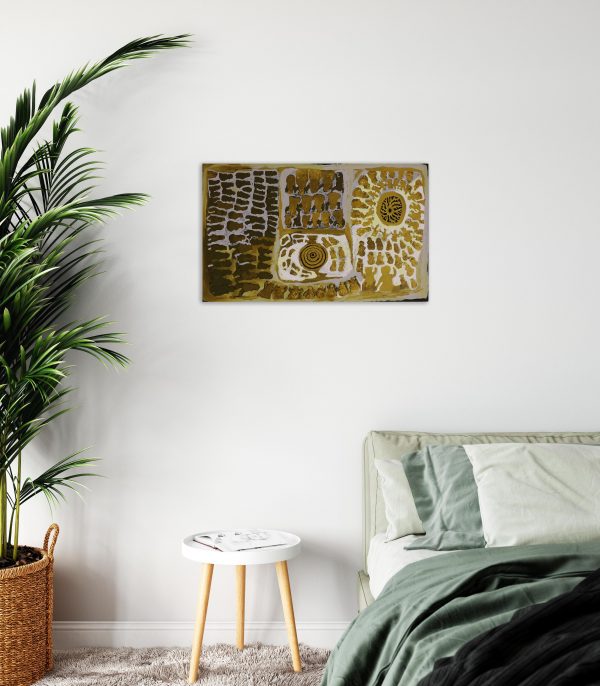 The men and women travelled to Lake MacDonald in the epic Tingarri journey of the Dreaming time. This is the design passed down to Adrian from his grandfather and father when he learned about the journey from the sacred site of Kulkurda and how when the people arrived at Lake MacDonald they decided not to continue to Lake MacKay but to stay there where there was plenty of water in the rockholes and bush tucker was abundant. They had made a very long journey. There are secret elements of this story that cannot be told to the uninitiated.