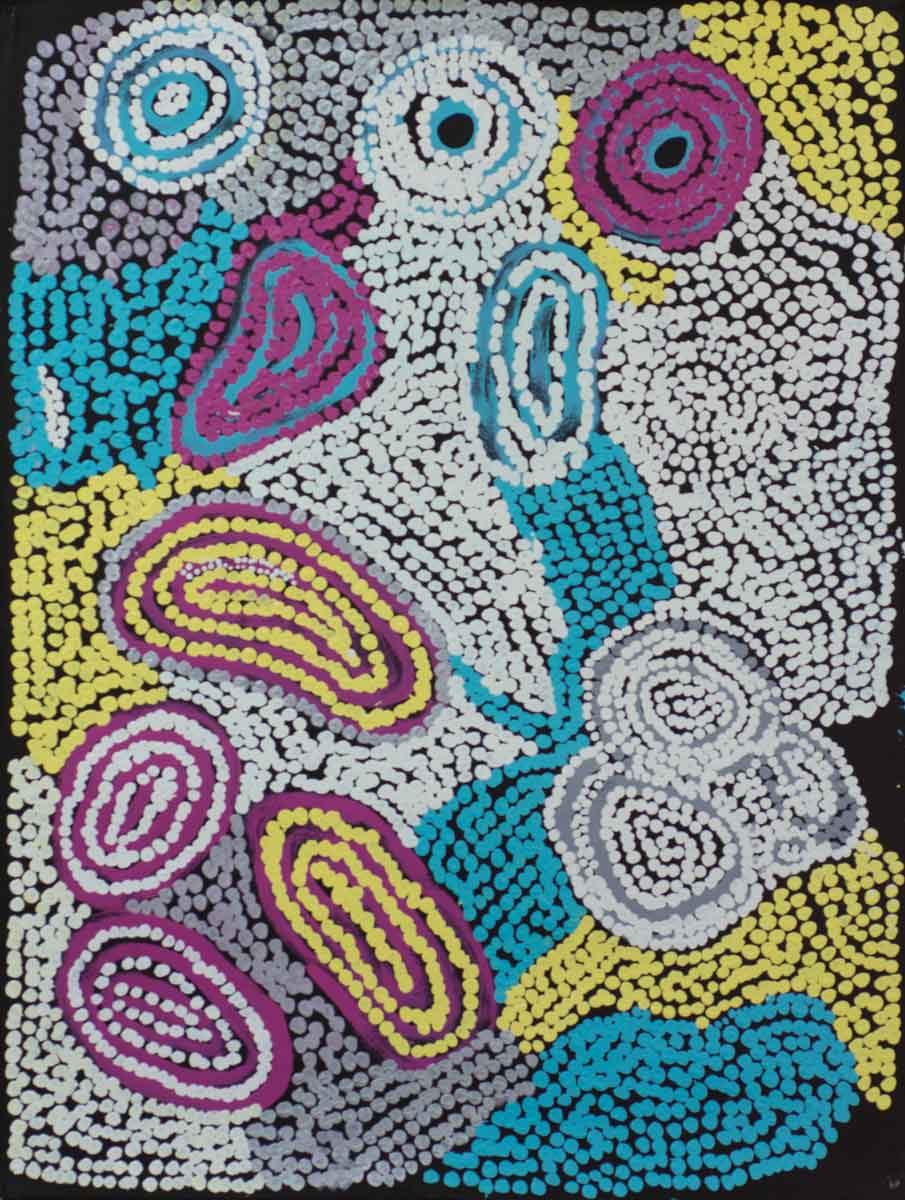 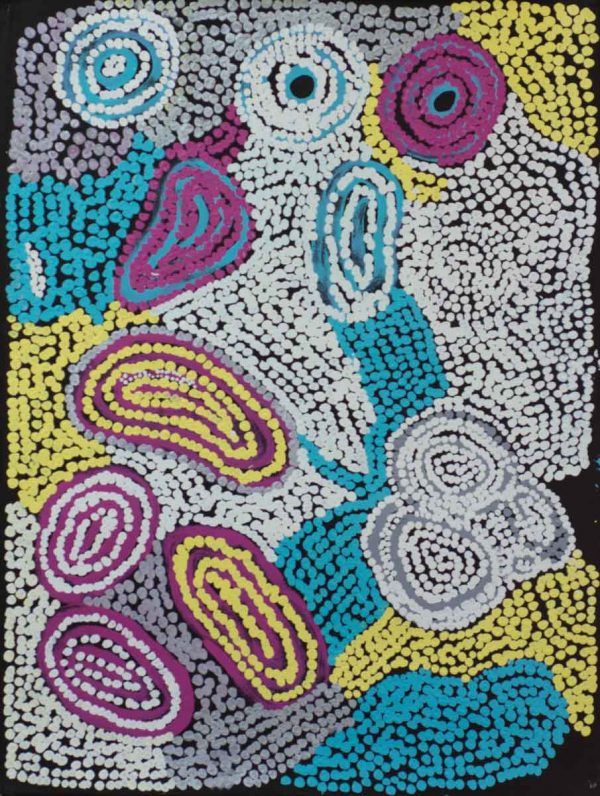 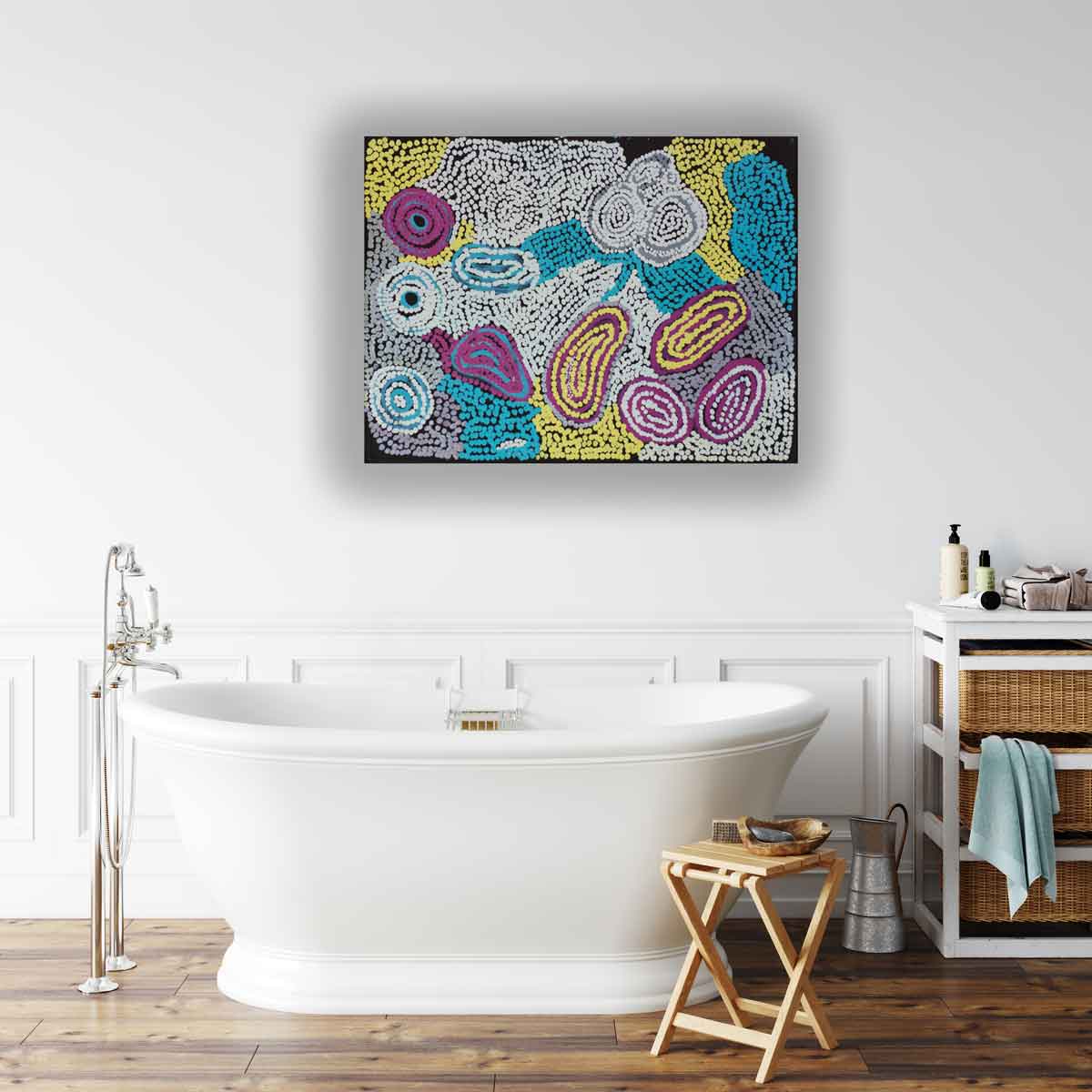 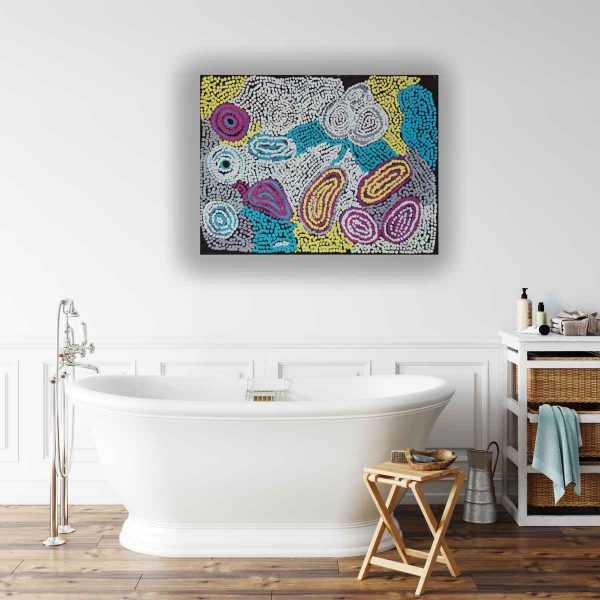 Mrs. E. Giles (dec.) was born circa 1946 and grew up in the desert living the traditional nomadic lifestyle. After the death of her father, her family moved to the then newly established government settlement of Papunya. Mrs. E. returned to live in her country with family members. Like Tjawina Porter, Mrs. E. was known for her skills as a traditional basket weaver before becoming recognised for her exceptional painting skills. Her artworks represent the traditional homelands associated with her people’s ancestral heritage. Her works are detailed in symbolism. The iconography depicts sand dunes known as “tali” and rock escarpments known as “puli”, as well as waterholes and food sources. Her designs are often used in body art during traditional corroborees. The artworks depict the physical markings that the ancient ancestors have provided to give evidence of their activities during the time of creation. In the years that Mrs. E. was painting she gained worldwide recognition, participating in many national and international solo and group exhibitions. Her works are represented in private and public collections in Australia, Europe and the USA.

This painting is about a Dreamtime story. The story is from Esther’s Mother’s country- ‘Mangari’. The painting is about a huge tunnel that runs through the ground in the Mangari country. The Ngaanyatjarra people call the site ‘Kuru Yurltu’- meaning ‘Hollow Eye’. This cavern-like tunnel holds a large body of water, and is the the physical representation of a dreamtime story in which a man is speared through the torso as punishment for a crime. This tunnel represents the hole in the man’s body after being speared.