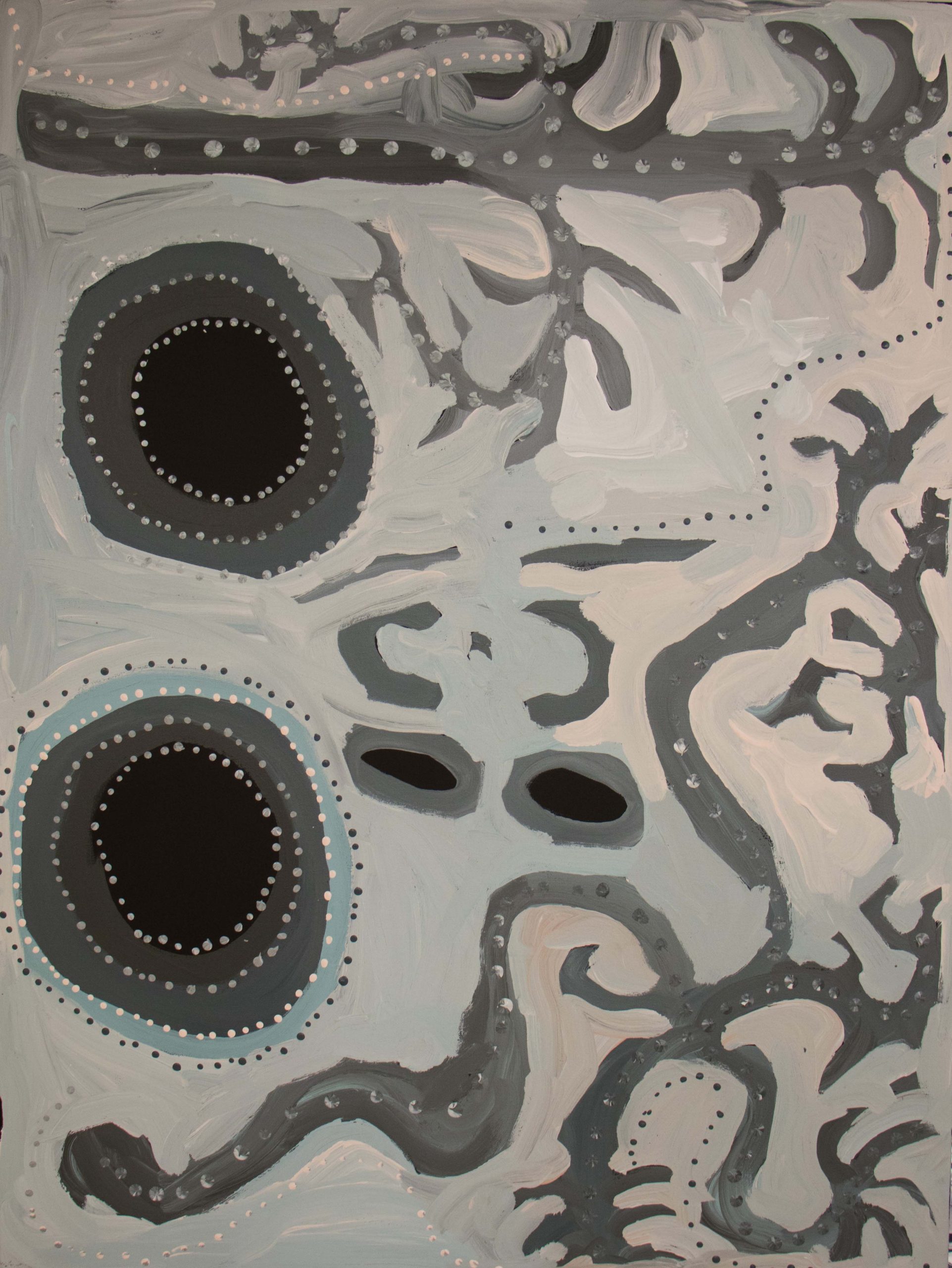 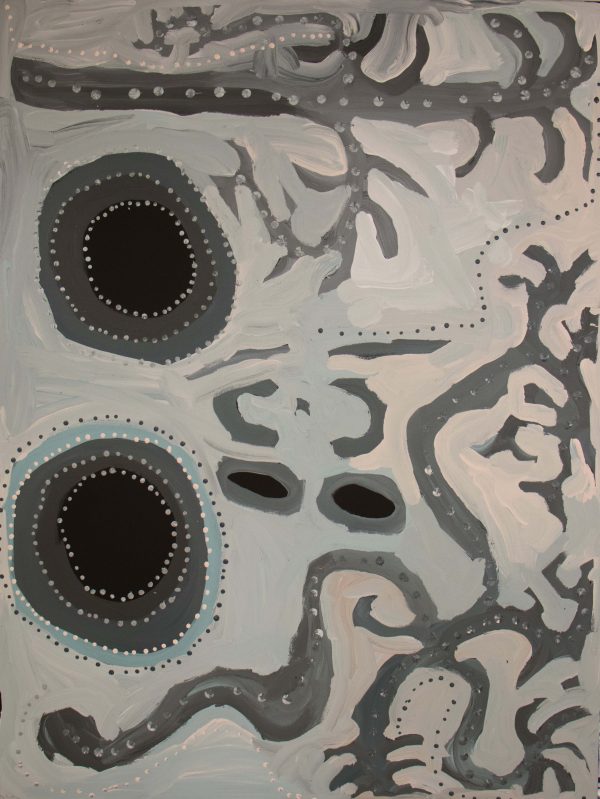 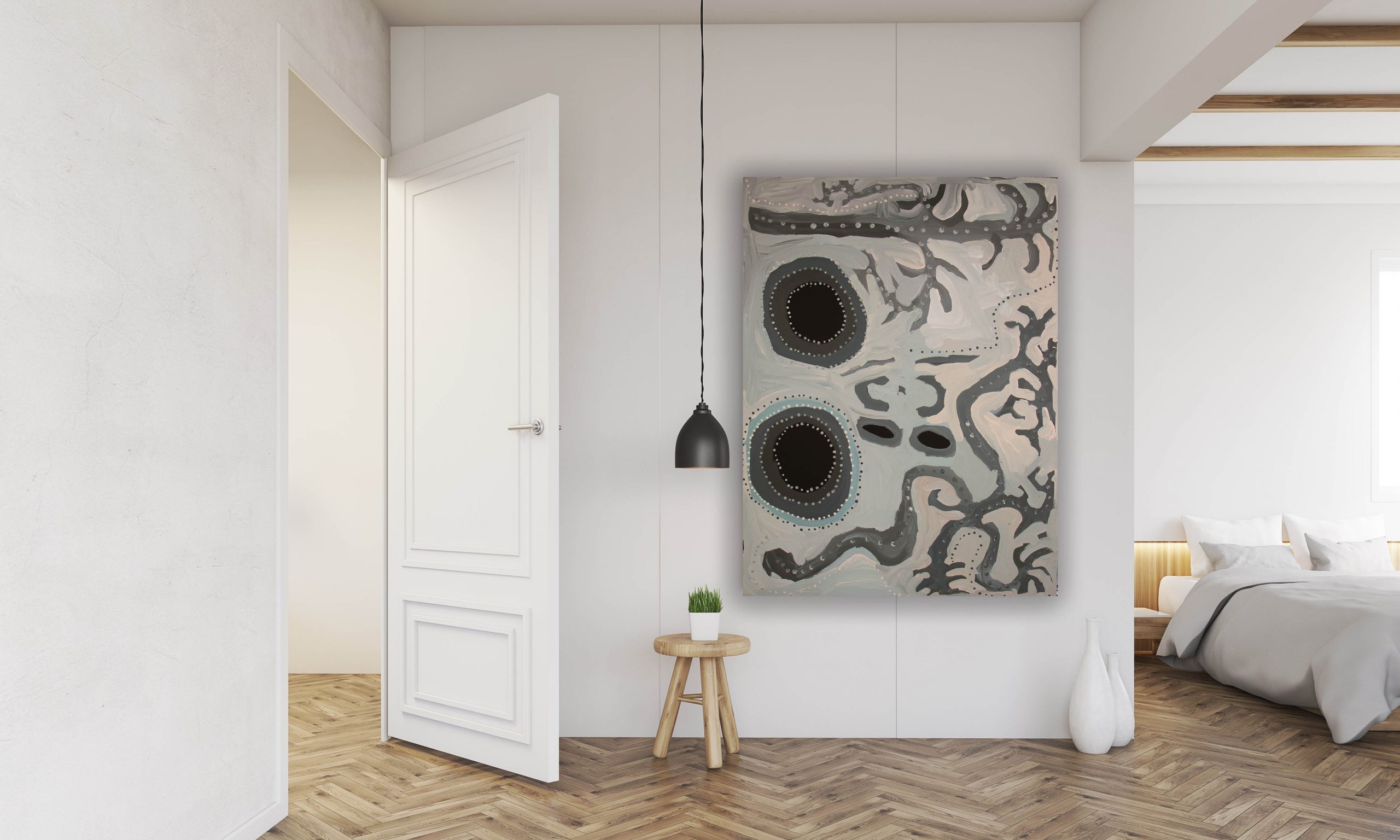 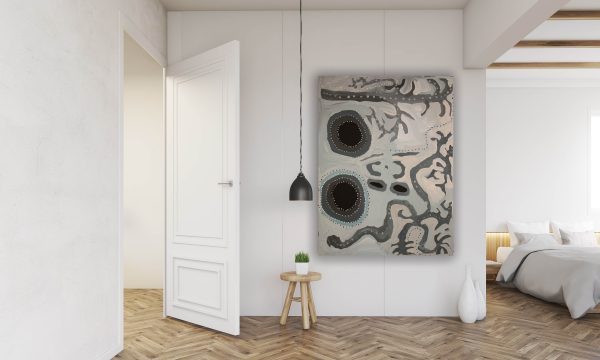 Tjukupati was born at a place called Alpi, which is south of Docker River, very close to the ranges there. Her father’s country is Wangkari which is just over the ranges from Docker River. Her mother’s father passed away at Wankari. Her mother’s country is west of Docker River. Tjukupati grew up at Docker River community and spent much of her youth out bush, swimming at waterholes and hunting. Her father also used to take her to Ernabella where they would sell dingo skins. She did not go to school. Tjukupati has been painting, weaving tjanpi and carving purnu for many years.

This painting depicts Kungka Kutjara, meaning Two Women, and is one of the most significant Tjukurpa stories of the Western Desert region. It tells the story of two sisters travelling through the desert. As they travelled, their actions created landmarks such as rock holes and mountain ranges, forging a record of their travels across the land. The story involves sensitive information that only women are allowed to know, therefore the fine details cannot be published here.