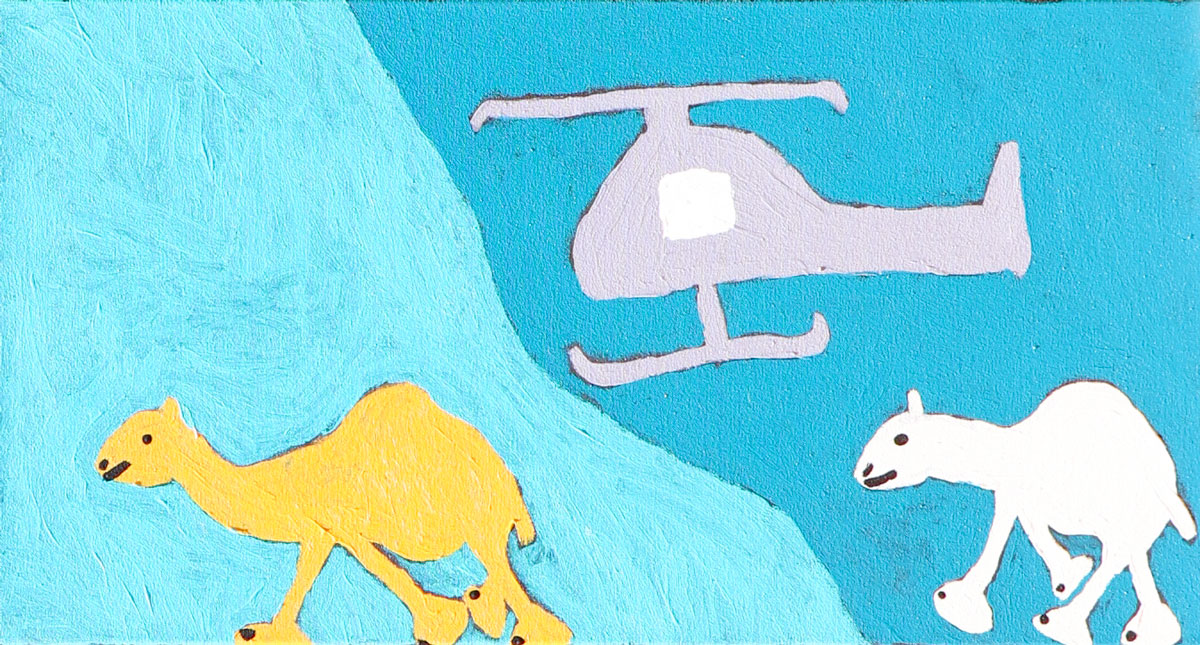 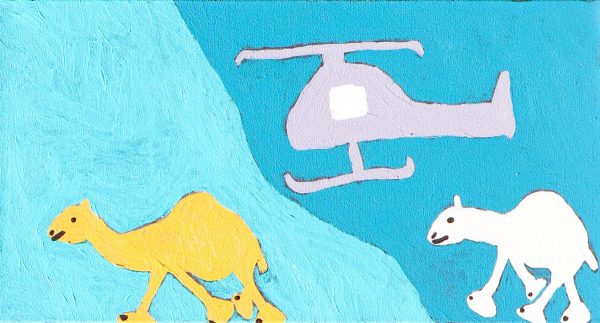 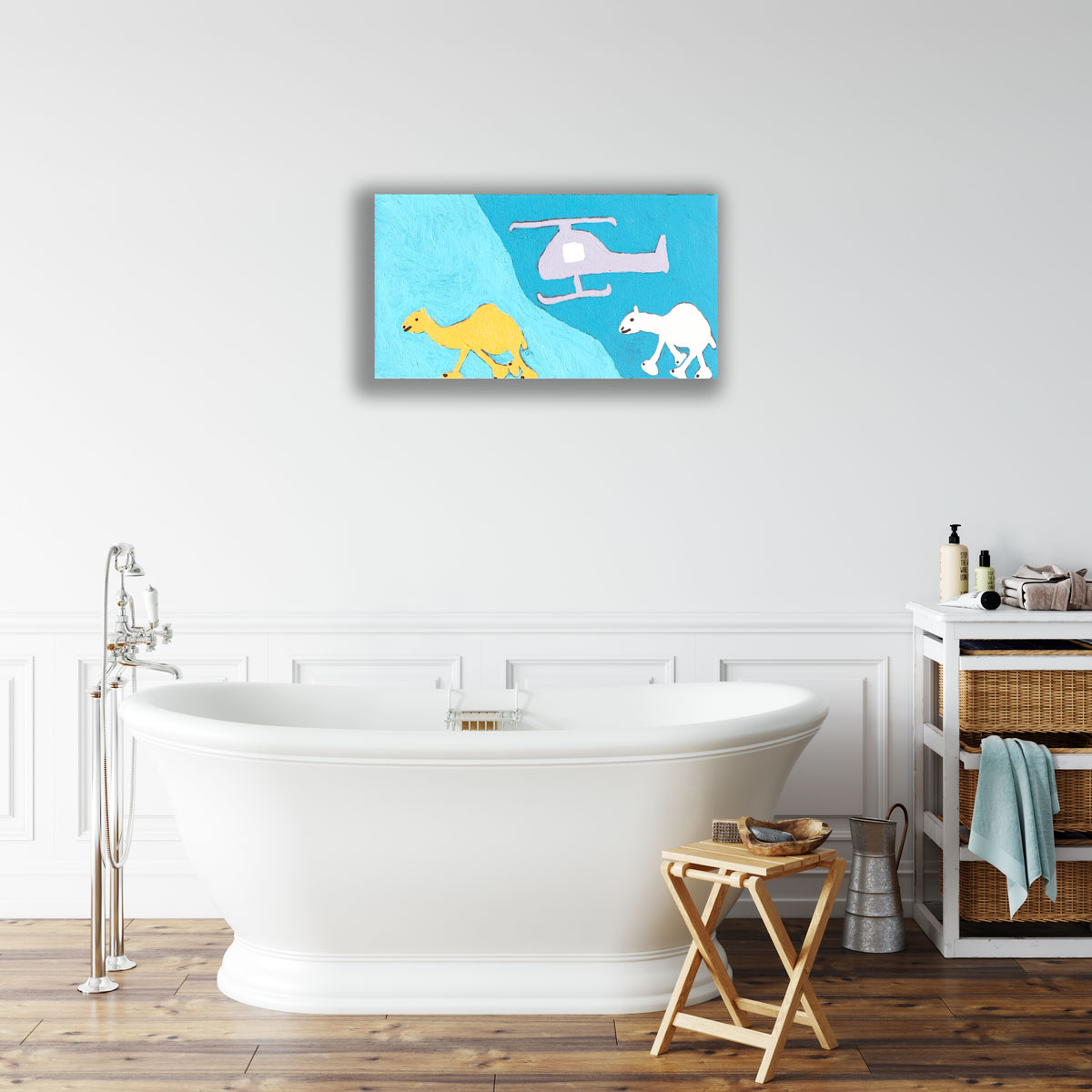 Aaron lives in Kaltukatjara, NT  and has been painting since 2013. Since commencing painting with Kaltukatjara Art Centre at its inception in 2016, Aaron has developed a distinct signature style of naive, figurative depiction of the animals and landscape of the country surrounding Kaltukatjara community. The camel – or kamela in desert Kriol – is an ubiquitous presence in his canvases, which are also often populated by other desert wildlife such as horses, rabbits, dingoes and kangaroos (malu). In recent years, Aaron has garnered attention for his contemporary and unique paintings, and his works have been exhibited in a number of significant shows including Revealed at the Fremantle Arts Centre and the 2021 Tjarlirli – Kaltukatjara group exhibition at Yaama Ganu Aboriginal Art Gallery.

When Aaron paints he slowly makes his way across the canvas stroke-by-stroke, culminating in wacky, highly textured representations of animals and landscape. He is known for his upside down trees, floating rock holes, and disproportioned animals, which ask the audience to suspend reality in order to delve into his cheerful recollections of country.

Kaltukatjara, where Aaron lives, is full of kamela (camels) and wild brumbies. At night you can hear their hooves click clacking down the bitumen in search of water. Aaron explains this painting saying, “that thirsty camel was looking for that other camel. They went looking and they found him. They had a drink at that water”.