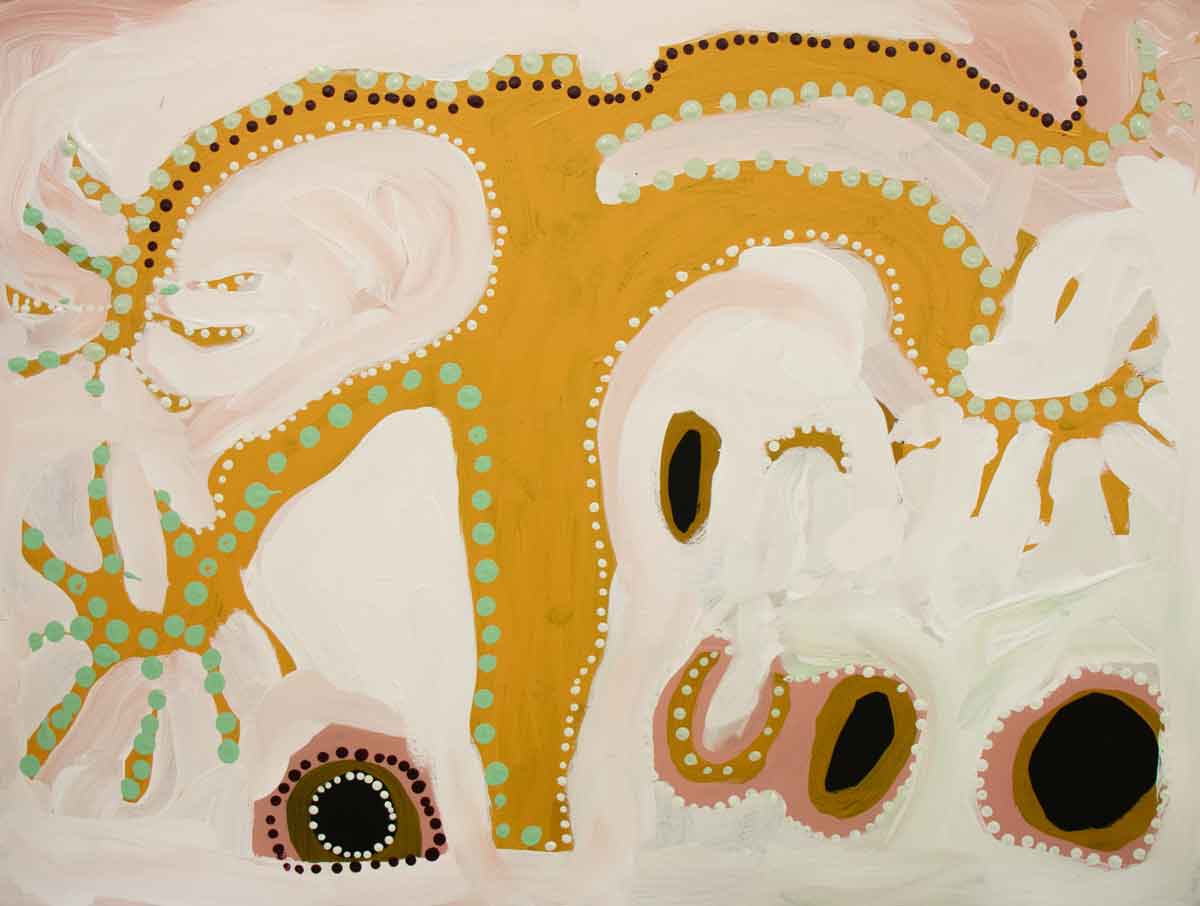 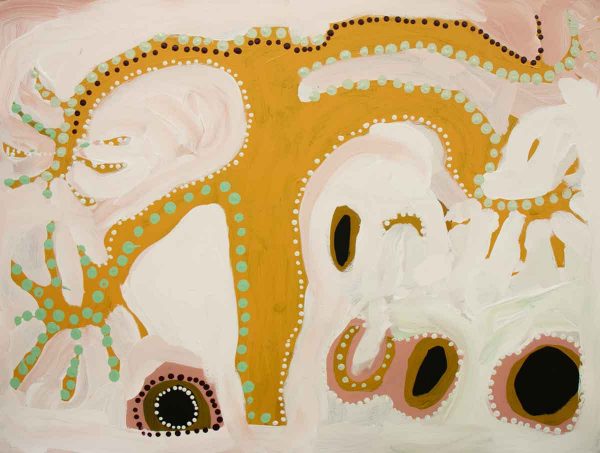 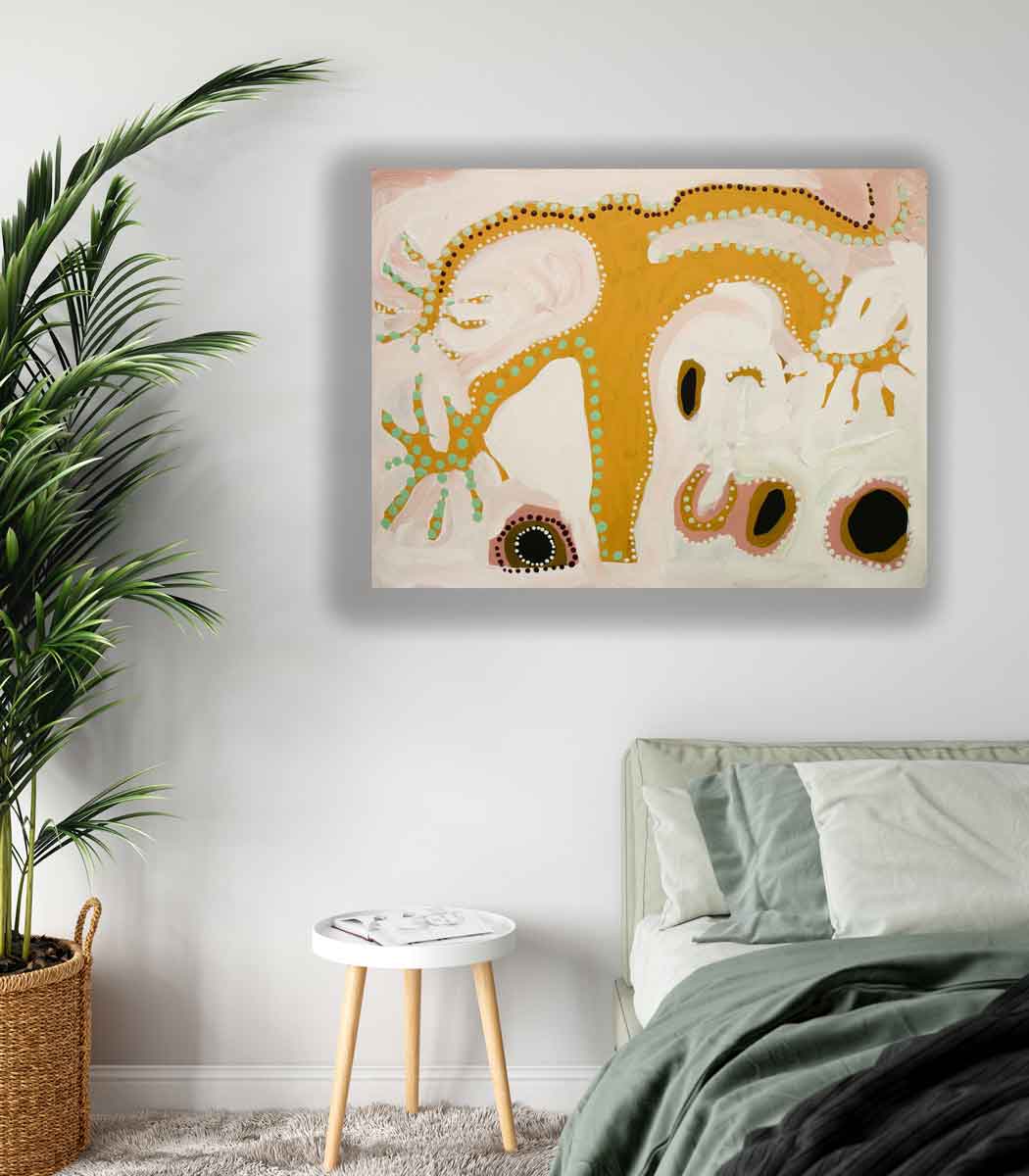 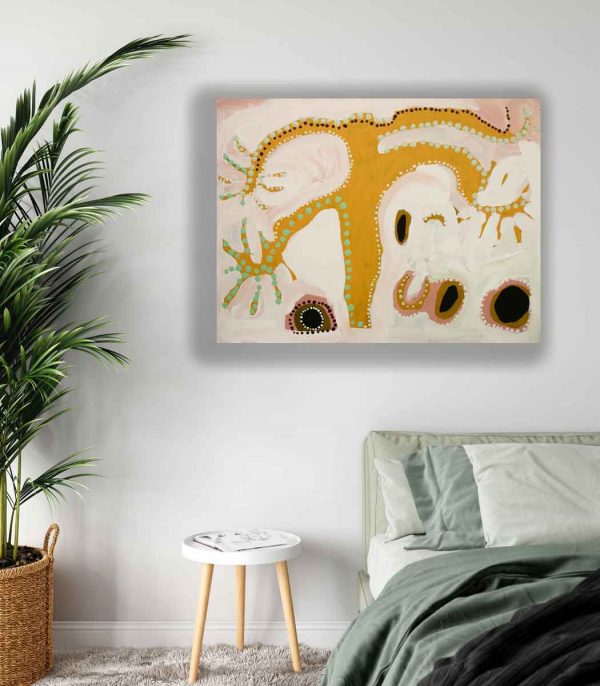 Tjukapati was born at a place called Alpi, which is south of Docker River, very close to the ranges there. Her father’s country is Wangkari which is just over the ranges from Docker River. Her mother’s father passed away at Wankari. Her mother’s country is west of Docker River. Tjukapati grew up at Docker River community and spent much of her youth out bush, swimming at waterholes and hunting. Her father also used to take her to Ernabella where they would sell dingo skins. She did not go to school. Tjukapati has been painting, weaving tjanpi and carving purnu for many years.

Tjukapati’s vibrant paintings are full of history and culture. She draws important inspiration from the striking ranges of her father’s country around Kaltukatjara, having grown up scrambling over boulders, sitting under trees and swimming in the rock holes there.

Tjukapati reimagines one of the most significant Western Desert Tjukurpa stories, Kungka Kutjara, meaning Two Women. It tells the story of two sisters travelling through the desert. As they travelled, their actions created landmarks such as rock holes and mountain ranges, forging a record of their travels across the land. Tjukapati often paints the women carrying piti (coolamon) for carrying water, and a wana (digging stick) for hunting.

Tjukapati is distinguished by the freedom and movement of her brush strokes, evident in the compelling energy of her work. She is an innovative artist, continually experimenting with new methods styles and colours.