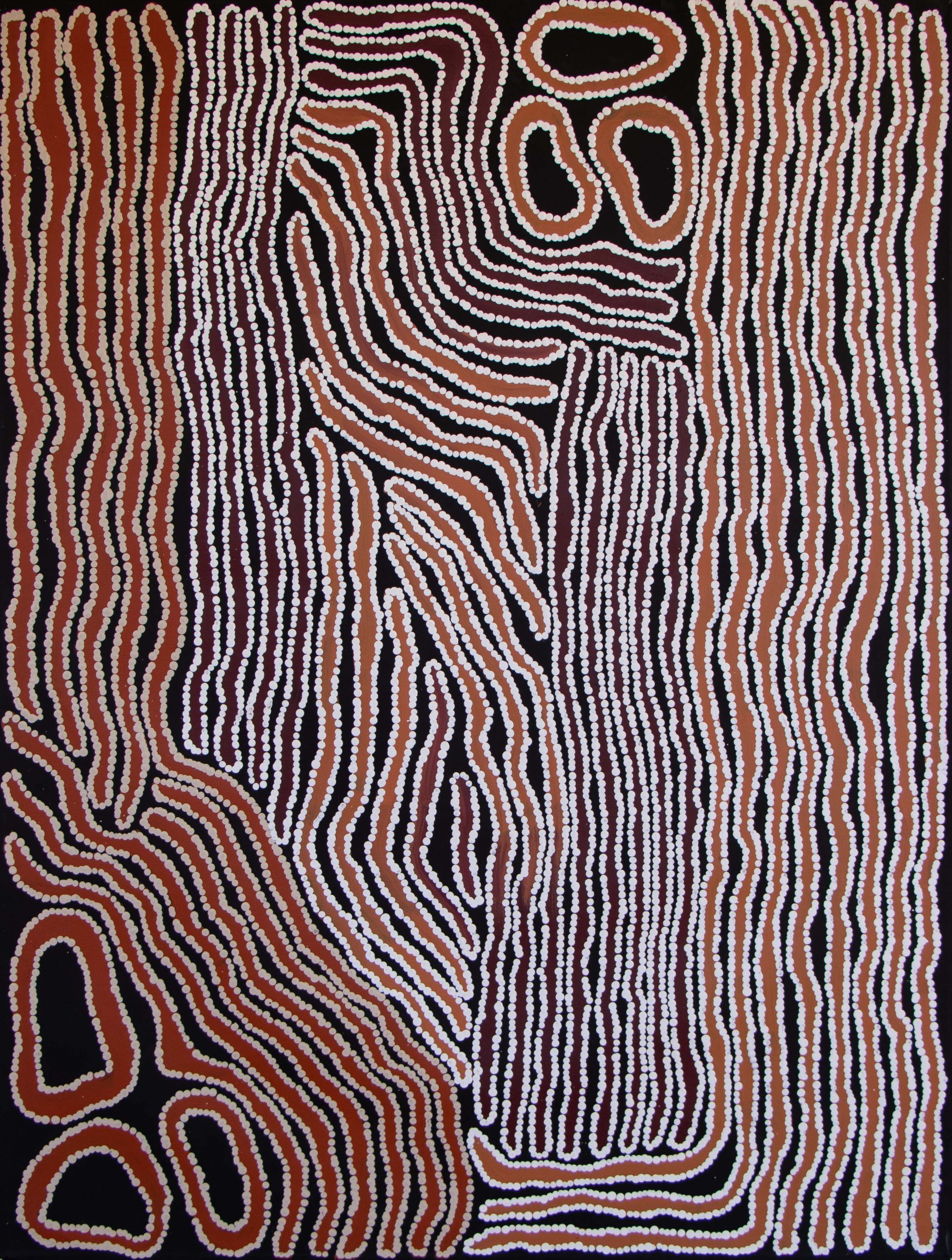 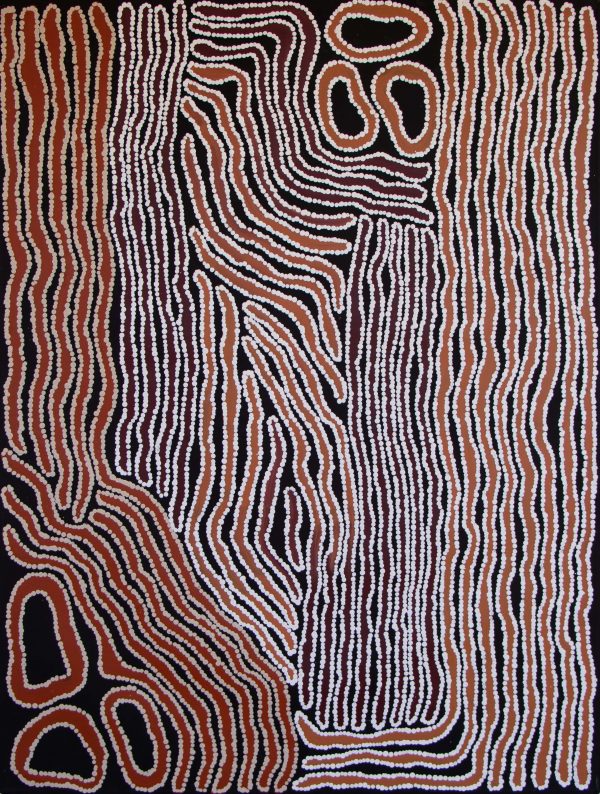 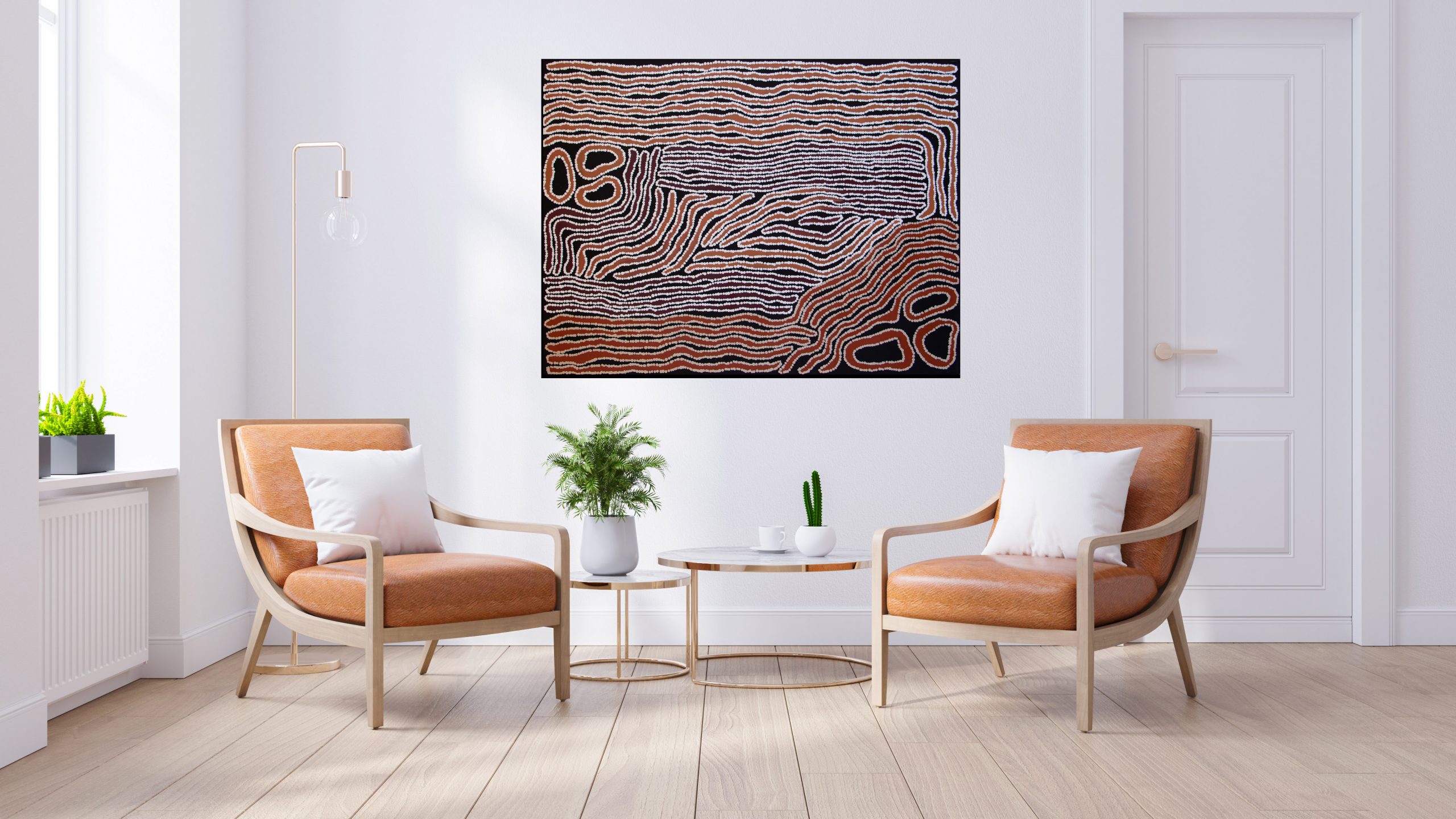 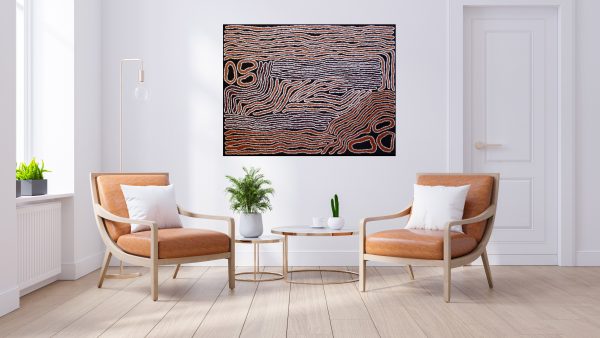 Myra was born close to where Warburton community now lies. Myra spent her young life moving with her family through the Western Desert, from Cosmo, to Leonora and Laverton. Myra went to school in Wiluna, and then later at Yurara College in Alice Springs.

In 1978 Myra moved to Docker River with her family where she had her first daughter. She spent these years travelling between Docker River and Tjukurla, which in those days had nothing more than a shed to hold food. This is the country of her family, of which she now paints tjukurrpa at Tjarlirli Art.

Myra predominantly paints ‘Puurungu’- a dreamtime story about a python and a woman. Myra comes from a family of strong painters and has learned much from her mother Esther Giles is a well-known artist at Tjarlirli Art

A place near Tjukurla, the story of Purrungu tells of how a woman went into an underground cave to collect water from a rockhole inside. As she was coming out a snake came upon her. Scaring it away, she walked backwards lest the snake come upon her again. She made it back to camp where all the women were sitting around.