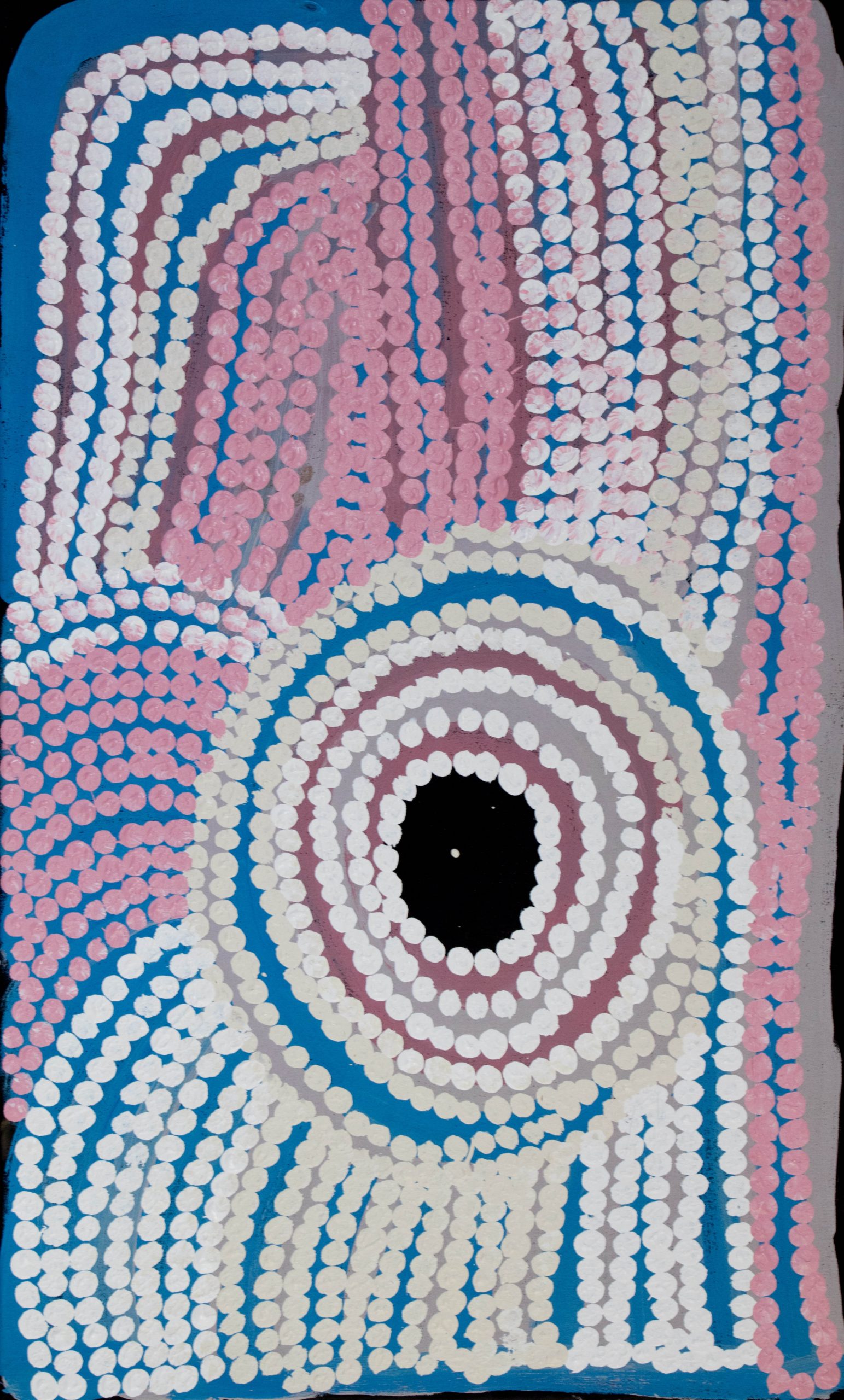 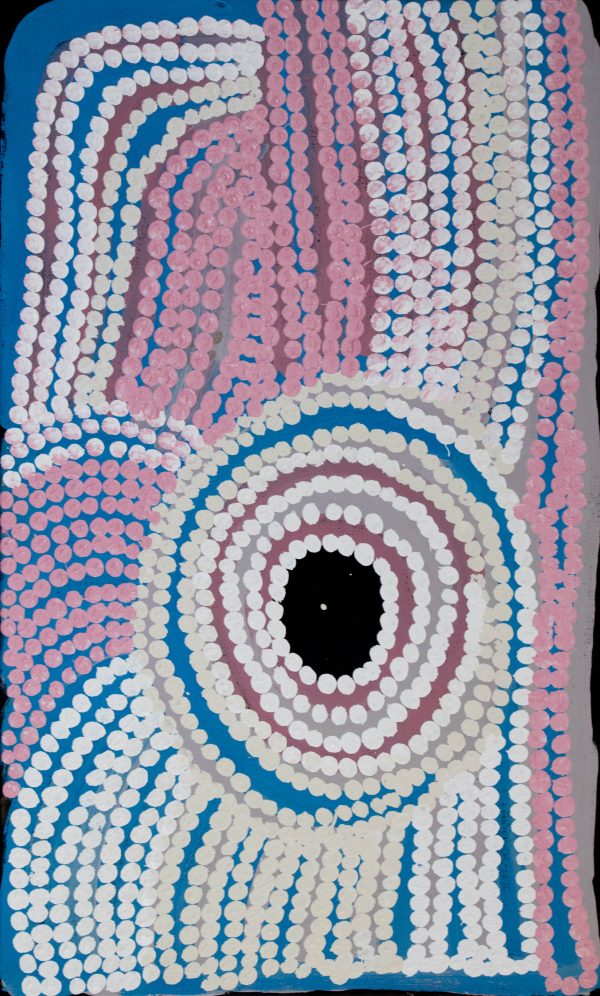 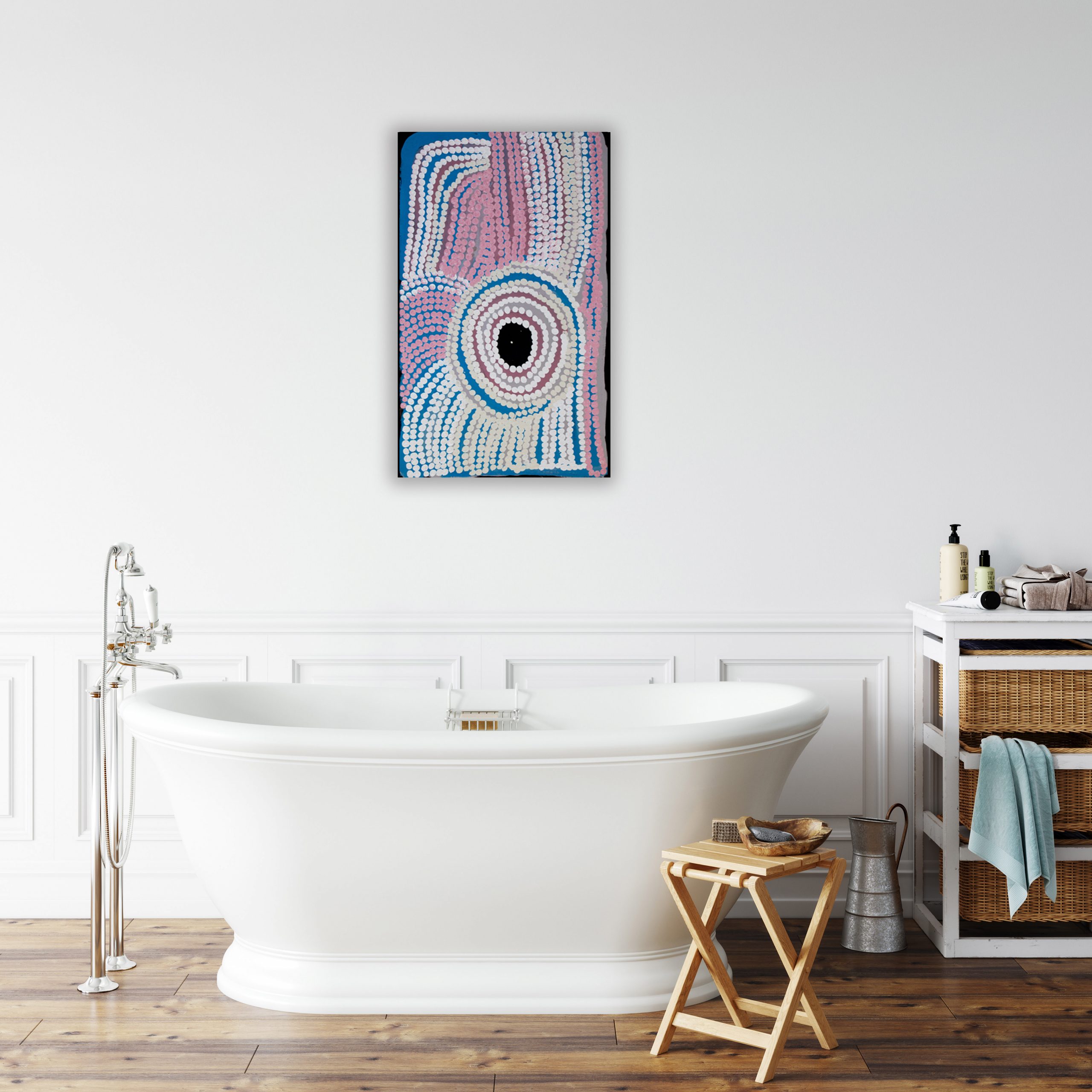 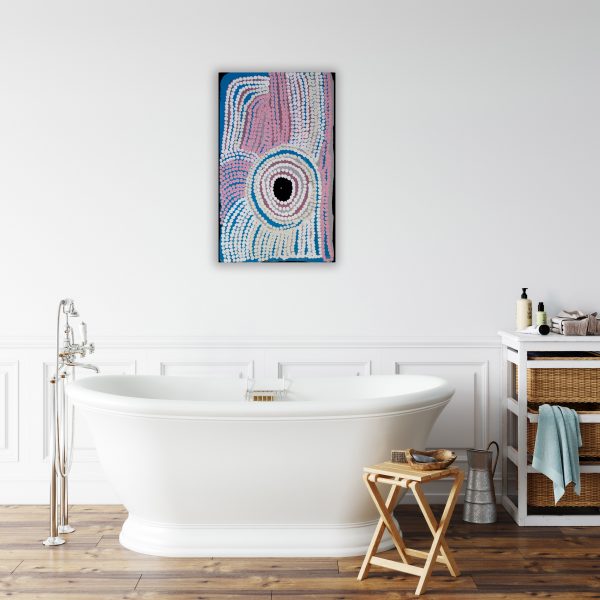 This work depicts women traveling through the area of the Porcupine dreaming, which is Tjawina’s mother’s county. They travel between the Tjarlirli rock hole and the Tjukurla rock hole in the Tingarri (dreaming) times. The sand hills of the region are depicted by the long rolling dotted lines.