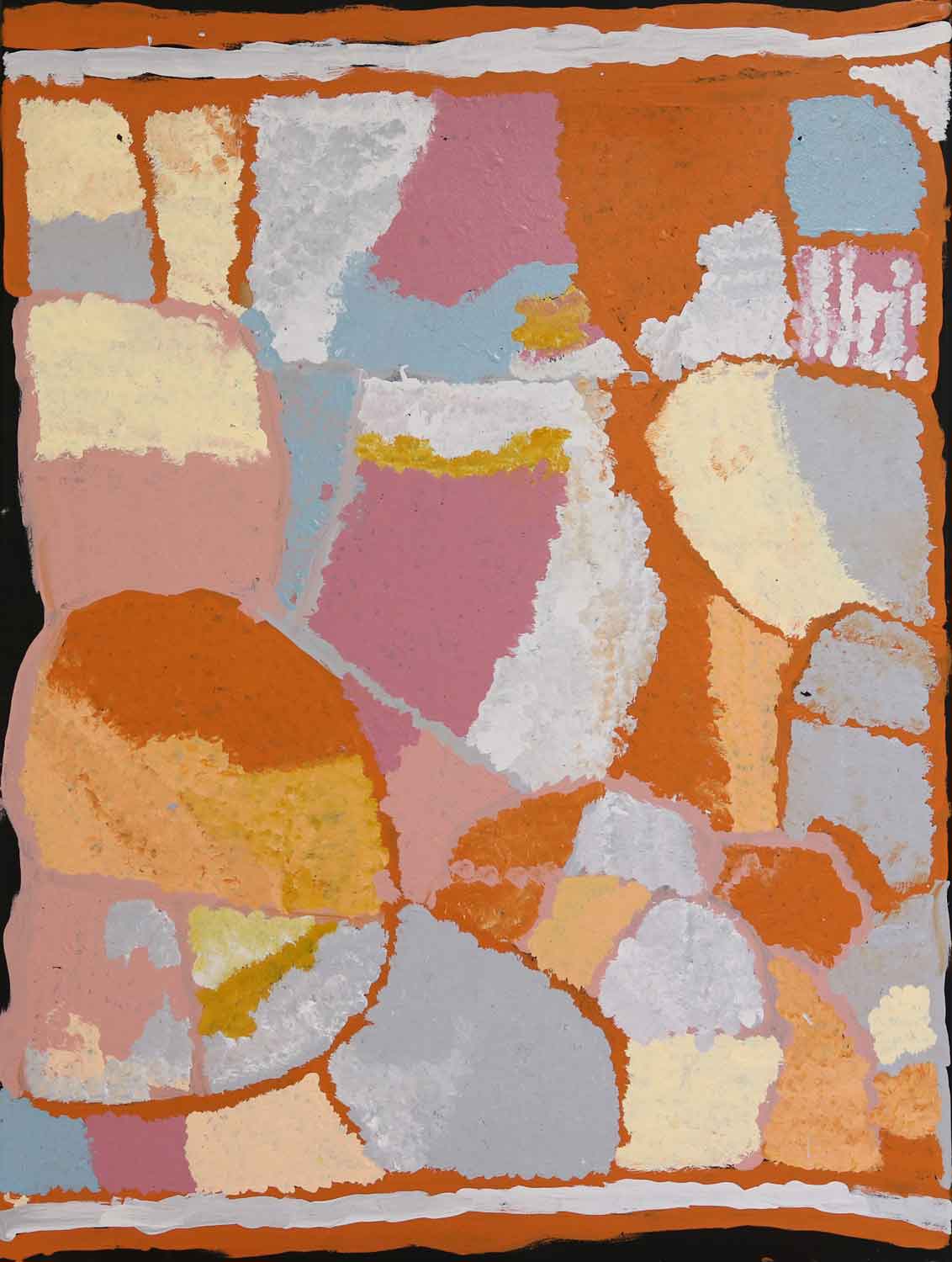 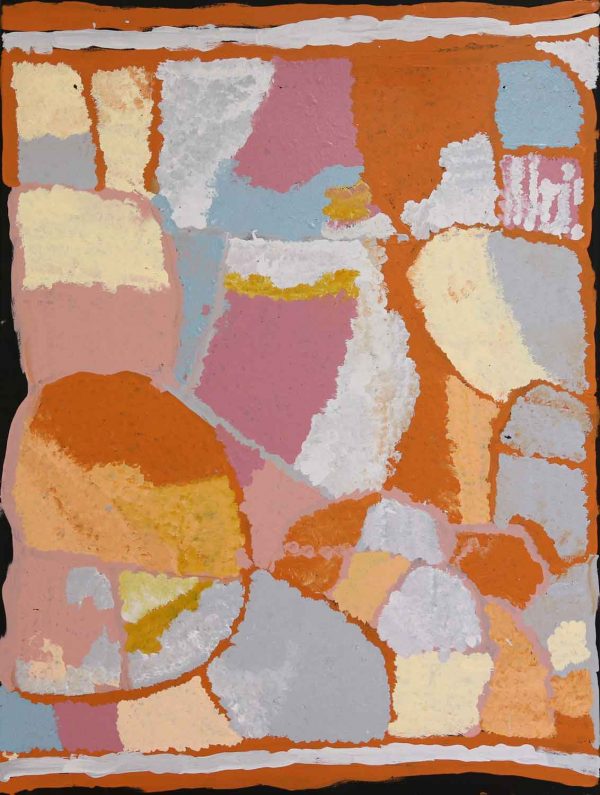 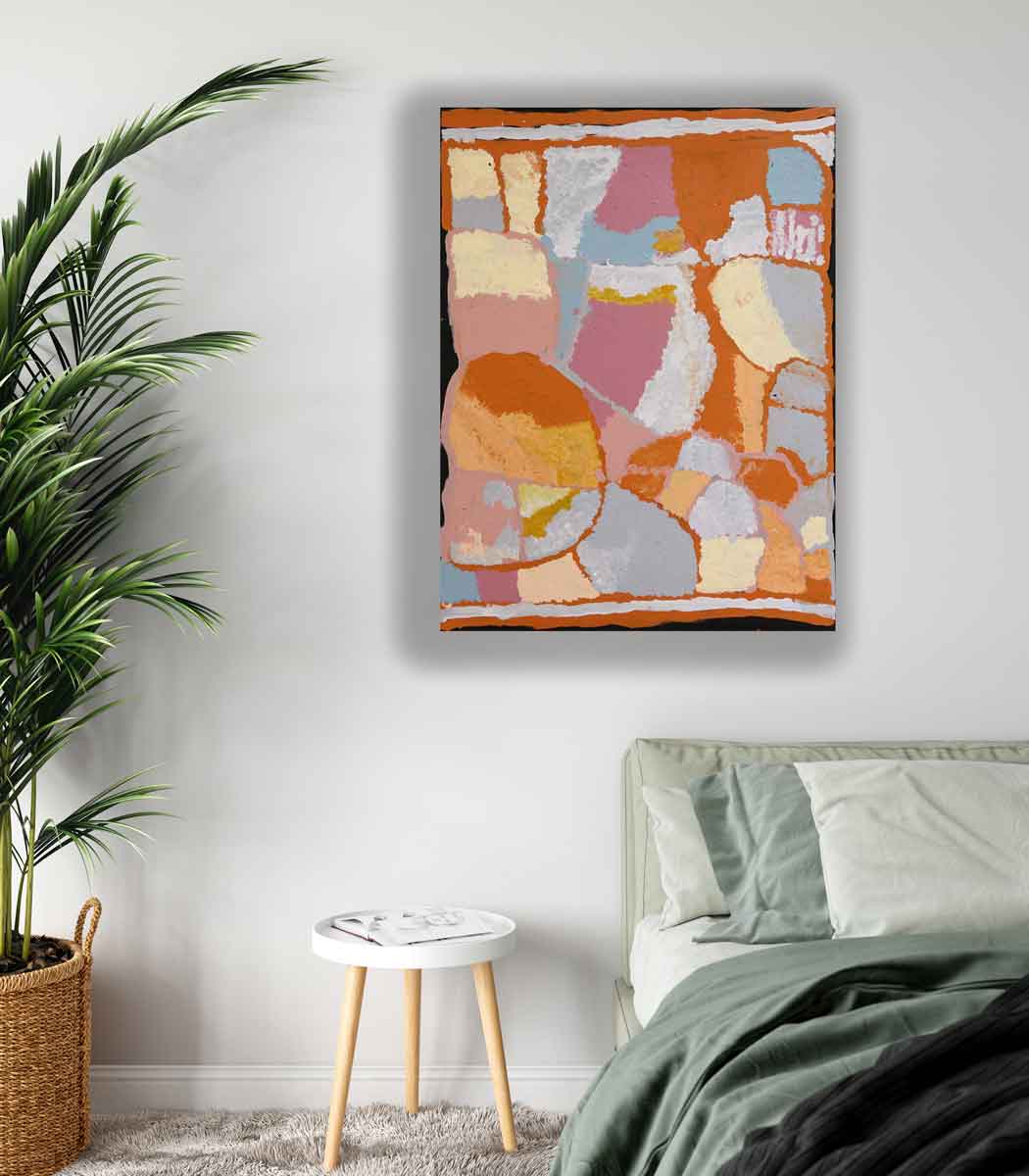 Valmayi is a bold and decisive artist, distinguished by her unique mark making and striking palates. As she carves up the canvas, forms stack and bloom in a wild re-imagination of country.

This work depicts Valmyai’s father’s country, Karrkurinkintja, located between the remote communities of Kaltukatjara and Kintore in the Northern Territory. The painting tells the Tjukurpa stories of Wati Kutjara and Liru Kutjara, two men and two snakes that travelled extensively across the Western Desert.

There were two snakes sleeping, accompanied by two men. When the snakes awoke the four companions travelled north to Karrkurinkintja and one of the men began to sneeze. Some strangers came up behind him and the snakes moved away in fear. Then Kurningka, who is the Red Quoll man and the boss of the Tingarri, went looking for those snakes. As the snakes travelled, the clouds came in and the water rose. Kurningka was saying, ‘that water’s coming closer’. The lady snake went into an ant’s hole and the other one stayed outside, too big for the hole. The Kurningka cut the snake and a lot of fat came out.

Ms. Nampitjinpa (dec.) was born at a place called Karukali, east of Docker River. She is a Luritja lady. Her father was a Pintupi man from Karkurintjintja (Lake Hopkins) and her mother was Pitjantjar. She grew up in Papunya, and later lived at Haasts Bluff.