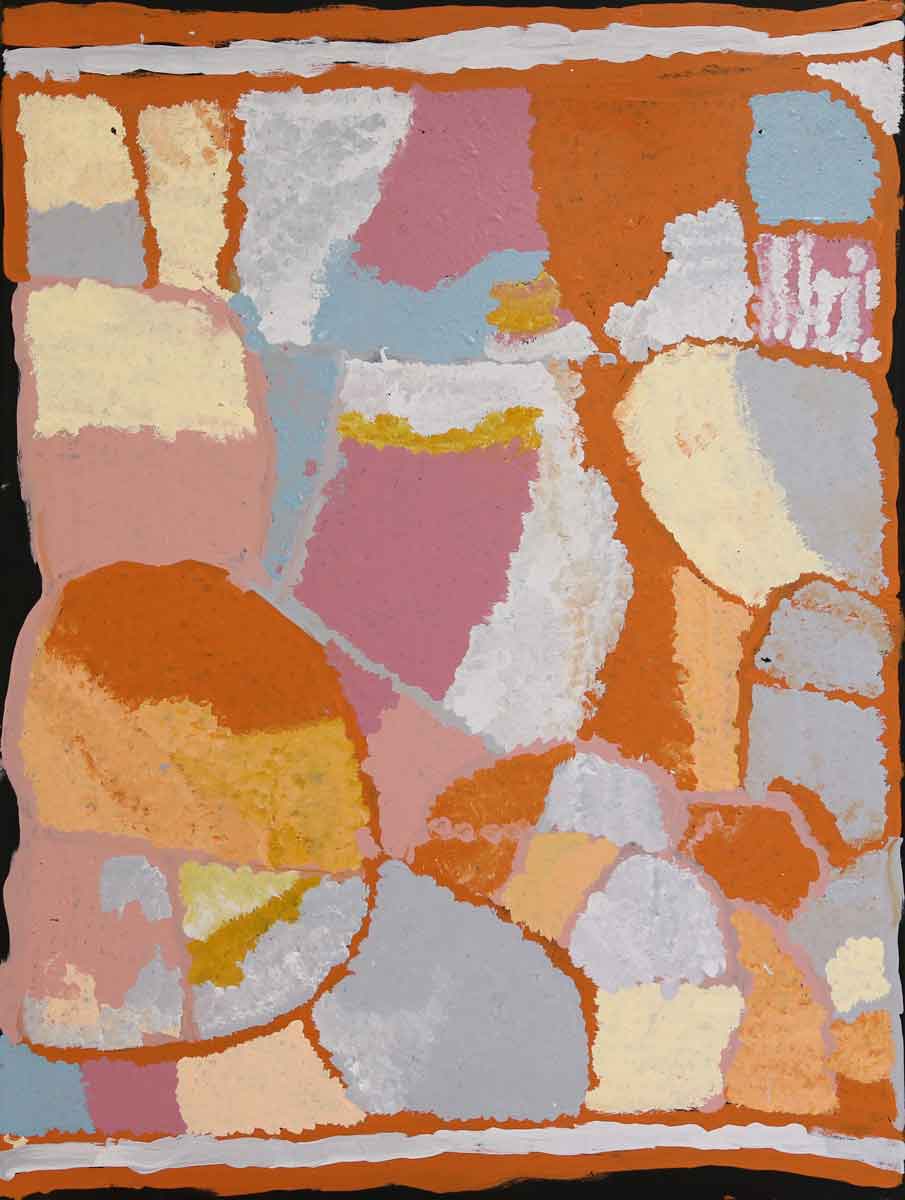 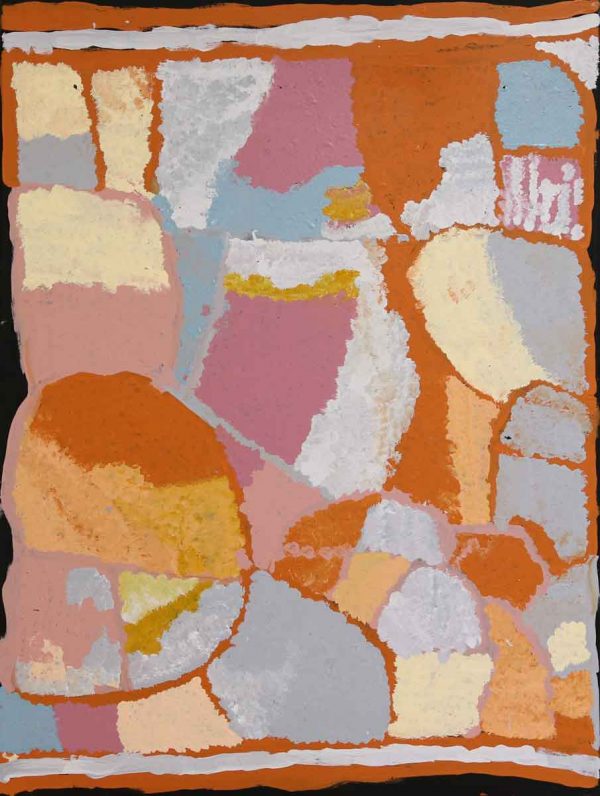 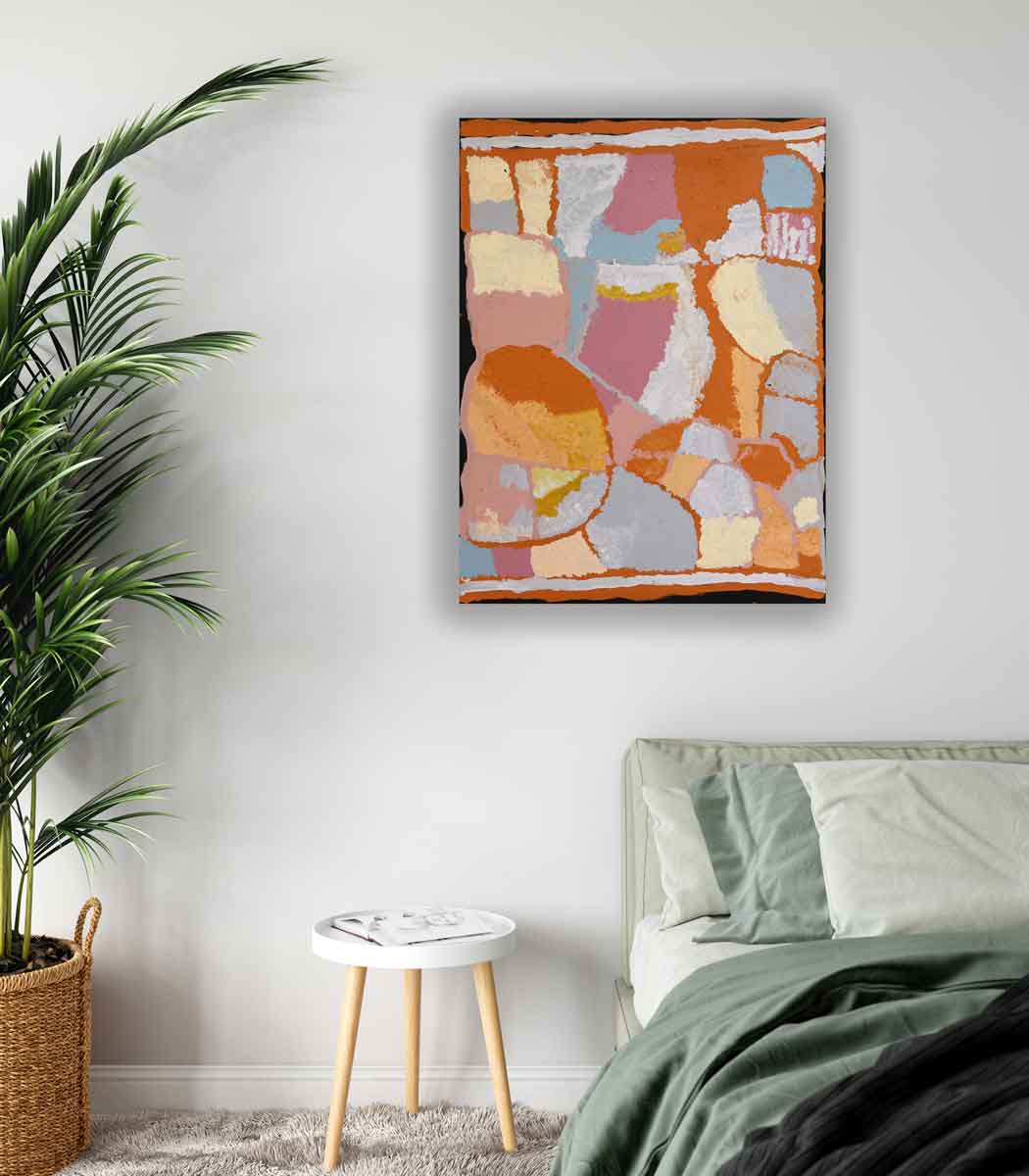 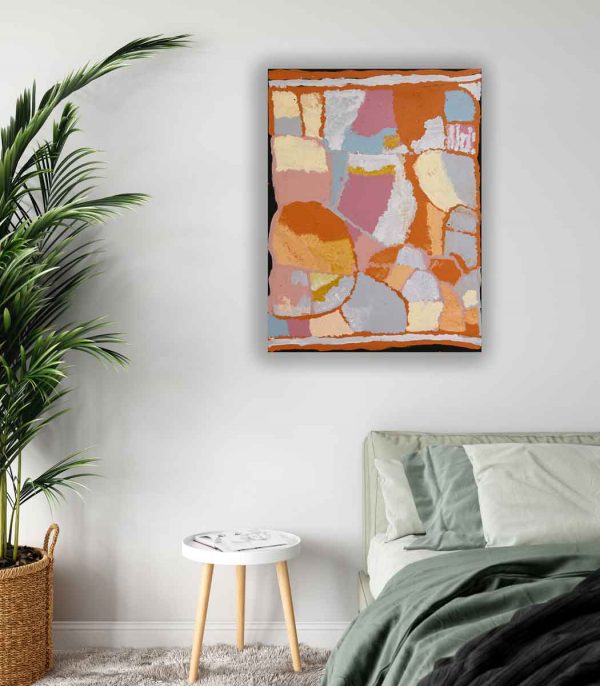 Ms. Nampitjinpa (dec.) was born at a place called Karukali, east of Docker River. She is a Luritja lady.  Her father was a Pintupi man from Karkurintjintja (Lake Hopkins) and her mother was Pitjantjar. She grew up in Papunya, and later lived at Haasts Bluff.

Valmai has painted her father’s country near Kintore called ‘Karrkurinkintja’. This is a Tjukurrpa story about Wati Kutjara ‘Two Men’ and Liru Kutjara ‘ Two Snakes’. This Dreaming is about two snakes who were sleeping. When they woke up they went to Karrkurinkitja with two men who were looking after them. They went north and one of the men began to sneeze. The second man went to look for something. Other men came behind him and the two snakes went straight but they did not go into the hole, they went past the hole. Then Kurningka, who is the Red Quoll man and the boss of the Tingarri, went looking. The clouds were coming towards them. The snakes were travelling and the water was rising. The lady snake went into the ant’s hole and the other one stayed outside. Kurningka was saying, ‘water is coming closer’. The other snake was big, too big for the hole. The other one went in. The Kurningka cut the snake and a lot of fat came out.