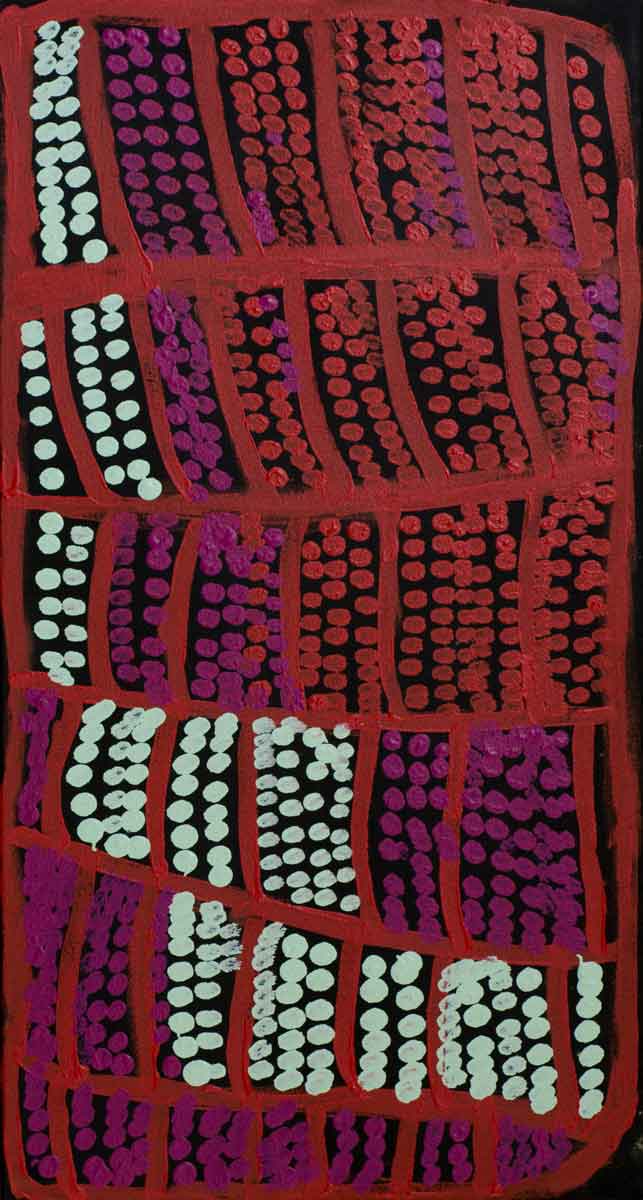 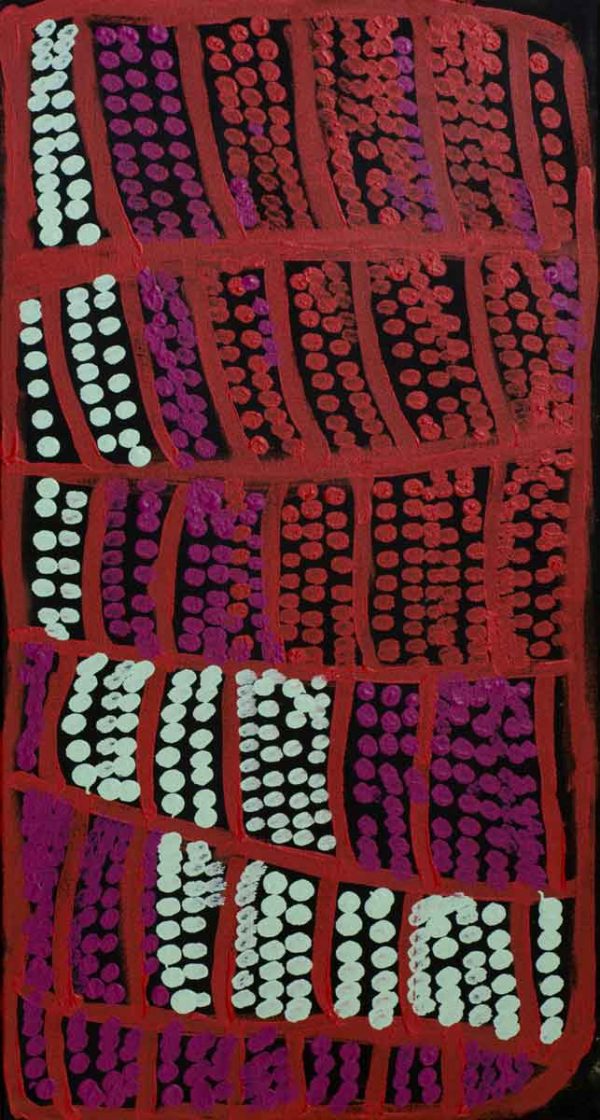 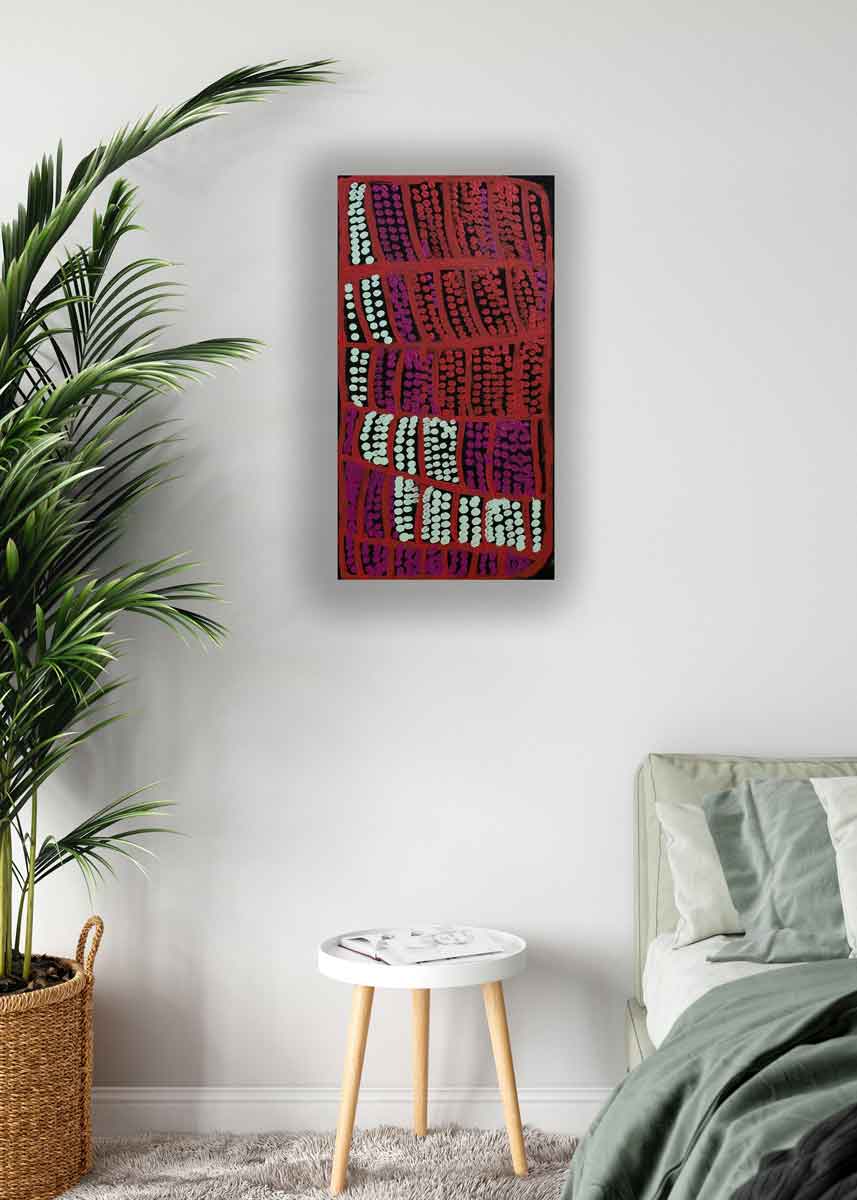 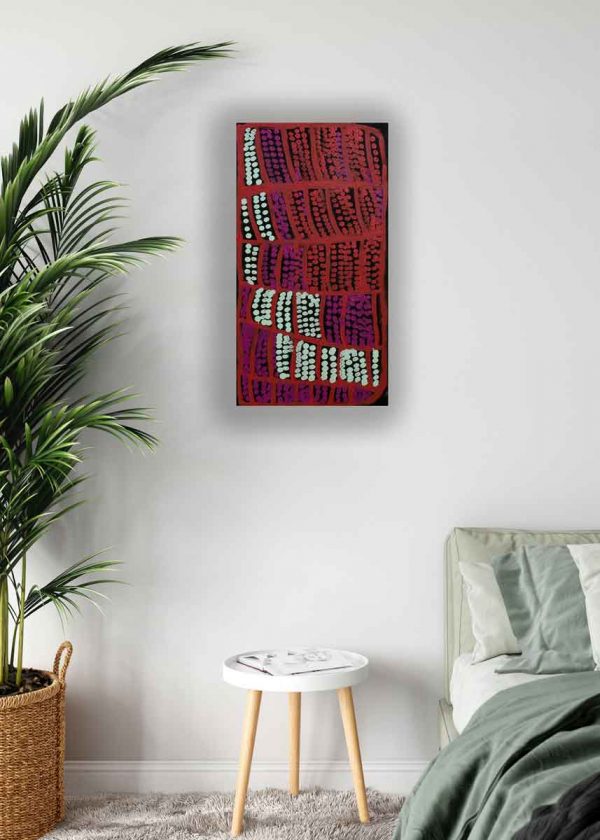 Mrs. N. Giles (dec.) was one of the respected elders of Tjukurla Community. She was born in the Gibson Desert at an important cultural site called ‘Karku’. It is this site and the associated Tjukurpa that inspired her powerful and unique paintings.

She spent her youth living the traditional nomadic life of her people until her family were moved from their land to settle in missions in the 1960’s. Her knowledge of the Inma (ceremonies) and Tjukurrpa (dreaming stories) associated with the country here is extensive. Mrs. N. settled in Tjukurla when the community was first established in the 1980s. She worked with ‘purnu’ (wood carving) and enjoyed hunting in the bush right up until her passing. She learned to make baskets woven from spinifex in the 1980’s and has a large basket on permanent exhibition at the Queensland Art Gallery. Mrs. N. Giles’ works explore her country and associated Tjukurrpa in an exquisite and unique expression of colour and movement. She has gained recognition as a key artist amongst her peers in the Contemporary Indigenous Art movement. Her works are collected by collectors and institutions in Australia and internationally.

Mrs. N. Giles’ paintings depict a site called ‘Warmarungu’ near Karku, her birthplace. This is where the ochres are collected for ceremonial use. In the dreaming times many emus went down into the the rockholes and some took the form of trees. The ochre is excavated in a special way using a stick, and she paints the emu spirits which are released during this ceremony to again take physical form. Her paintings show the travels of the emus in the dreaming times and the rockholes they stopped at.