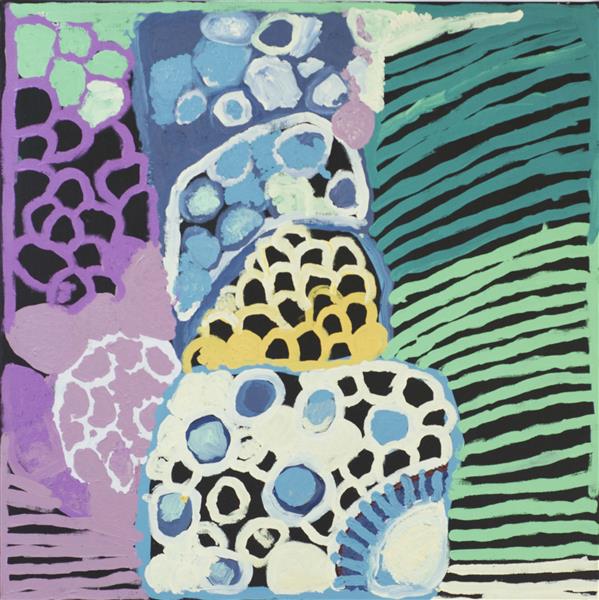 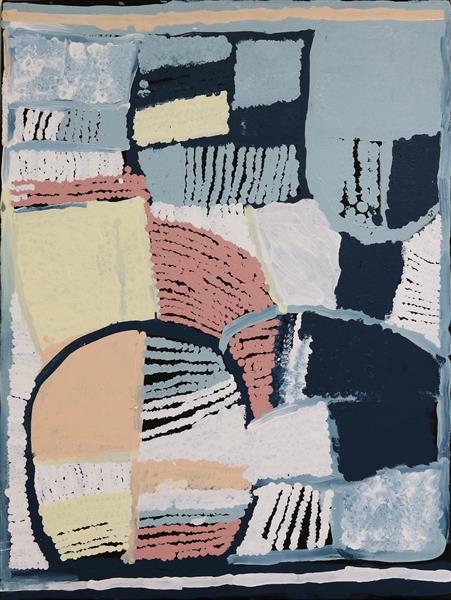 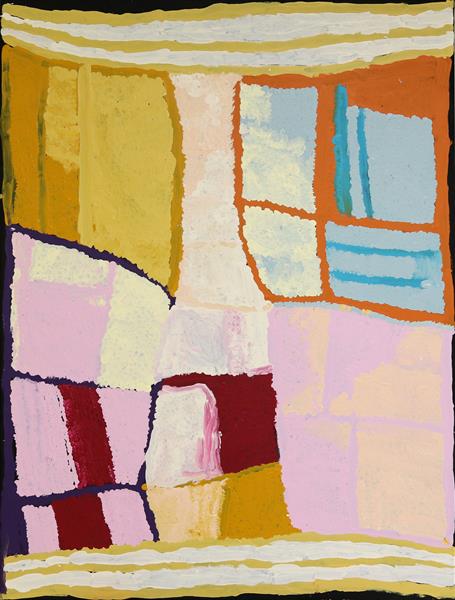 Mrs. V was born at a place called Karukali, east of Docker River. She was a Luritja lady. Her father was a Pintupi man from Karkurintjintja (Lake Hopkins) and her mother was Pitjantjarra.

Mrs. V. grew up in Papunya, and later lived at Haasts Bluff. Ver late husband was a well-known Papunya Tula artist, his name was Eddie Etimintja. Mrs. V. has painted in Kintore with Papunya Tula but moved to Docker River with her second husband in her later years. She sadly passed away in 2020.